How to Manage Mommy Fatigue ...Part One

Yesterday evening I pulled into the driveway at The Rice Ranch, after spending the better part of the afternoon running errands with Abigail.


In the span of several hours I managed to cross the following items off my To Do list :

- another search at a local resale store that proved equally unsuccessful

- a "quick" stop (only not so quick because I accidentally stuffed all the items into a $44.50 overnight express box, mistaking it for the $12.95 flat rate box I though it was) at the post office to mail the following: a birthday gift for one niece (four months late), a birthday gift for another niece (one month late), and a birthday gift for my sister, ten days early (woohoo, one outta three aint bad !!)

- a dash into Winco for a few more items

.... and three more errands left undone because dinner time was approaching and I had to get food to the table before the kids left for different evening events. 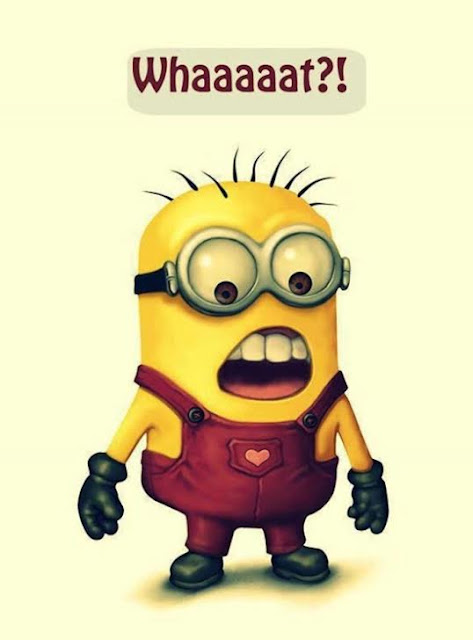 Upon returning home, I stepped out of the van, purse on one arm, grocery bag over the other, mail balanced on top of both, and approached my front door.

Abigail had already gone inside with a bag of groceries, so the door was open : a chorus of wails and cheers greeted me from within.

Lily, grinning and gushing "Mamaaaaa!" ran outside to hug my legs, sporting only underwear and a wild mess of bedhead/braids/cheerios to compliment the look.

Hayden, mid-wail, began shrieking with glee at the sight of the Minions coloring book I had just purchased at the Dollar Tree - that child can do a 180 in two seconds flat as far as moods go, and he does it at least sixty-five times a day.

Various other children began bombarding me with questions ... when is dinner, what's for dinner, how soon can we eat dinner because tonight is the last night for Tuesdays at T-hill and we want to go, and can I have cereal before dinner because I'm starving .... clearly my children see me as Chef first and Waitress second.  Exhausted Pregnant Mom doesn't even enter their little brains- these poor souls had been STARVING for the two and a half hours I had been gone.

I walked into the kitchen, dumped my mail, purse and groceries on the counter, and removed the pot of simmering ham bone from the burner. Earlier in the afternoon I had decided to make soup for dinner ... halfway through my trip to Trader Joe's, Abigail and I sampled their world-famous (so they say) Kung Pao chicken and I shifted gears. The thought of going home and chopping seven different kinds of vegetables while dicing up ham was not sounding appealing after an afternoon of errands and no nap (pregnancy at forty-seven makes for one tiiiiirrrrred mama, lemme tell ya) ... so I ditched the homemade goodness of Hearty Healthy Ham and Vegetable Soup and settled on Packaged Chinese Stir-Fry instead. 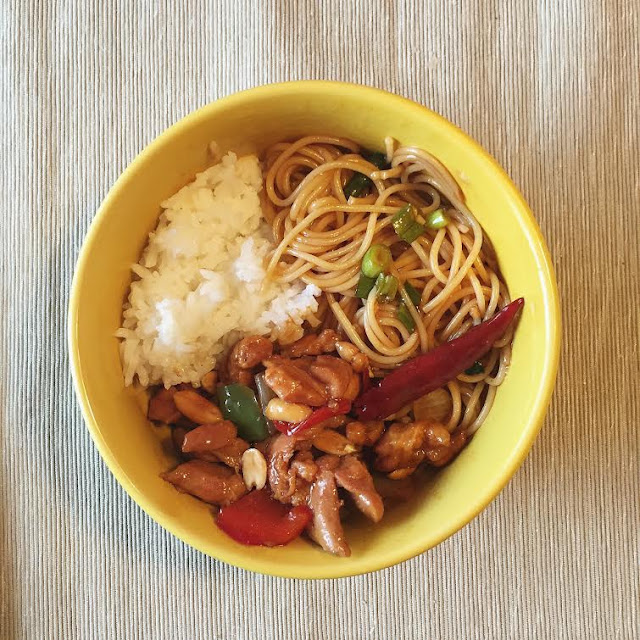 I am normally not a huge fan of pre-packaged frozen Chinese food reheated... but I have to say Trader Joe's somehow created a dinner that tastes both authentic and non-packaged for a price that pleases even this frugal Mama of Many. I served it with jasmine rice and Pioneer Woman's Simple Sesame Noodles, and the masses raved. And it was on the table in less than half an hour, ensuring that those same masses were able to scarf down dinner and race out the door to their respective evening activities, leaving Exhausted Mommy to do the dishes.

Actually, in all fairness, they did rinse off their dishes and load them into the dishwasher ... all that I had left to do was wash several pots, wipe off sticky counters and toddlers, unload the remaining groceries, and find room in the fridge for a pot of half-boiled ham bone. And then fall onto the couch to read the news on my phone, while Lily and Hayden and Jack returned to the difficult job of listening to Adventures in Odyssey while coloring Minions and breaking cheap Dollar Tree crayons for a total of ten minutes before declaring they were all STARVING and what is for dessert ???

And just as I was typing that last sentence, my peaceful and quiet house (because it's Wednesday morning now) was interrupted by the ear-piercing wails of what can only be described as The Me Monster.

Some children wake up slowly, angelic smiles on their little faces, gently reaching for mommy while wiping the sleep from their eyes, and quietly asking for breakfast.

Not so with The Me Monster. 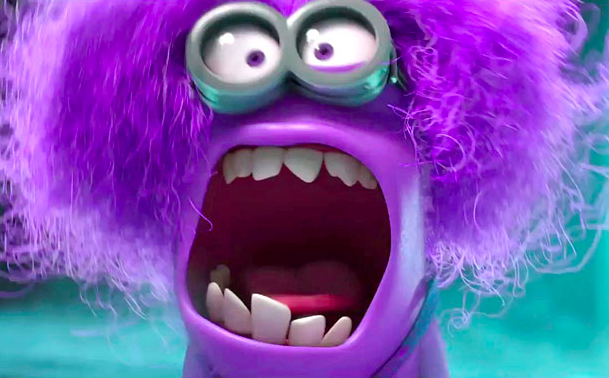 This demanding creature BOLTS up in bed, throws his angry little head backwards, and SHRIEKS into the morning air --- MOOOOOOMMMMMMYYYYY !!!!!  until the entire household is wakened from their once-peaceful slumber.

And it just goes downhill from there.

The rest of my morning is typically spent in a battle of the wills with The Me Monster, who demands that his favorite cereal be poured just so, that only the red plastic spoon and winnie-the-pooh bowl will do, that his blanket remain perfectly spread across his lap while he slurps noisily and sloppily from his bowl, immediately yelling for MORE before I've even had a chance to reheat my now-lukewarm tea.

And lest any readers think I succumb to the demands of this savage little creature, there is plenty of correction, discipline, rebuke, reproof and exhortation involved in this perpetual battle of the wills.

But it is a Battle. With a capital B.


And this leads me to the title of my blogpost - How to Manage Mommy Fatigue.


Because dear readers, let me tell you- Mommy Fatigue is real.

It doesn't matter how long you have been doing this thing (going on twenty-eight years here- over half my life !!), how few or how many children you have, whether you are a working mom or a stay-at-home one, whether you are nursing a newborn, or parenting teenagers.... being a Mommy is exhausting. You can be the most organized, on top of it Mom, and there is just no getting around the fact that parenting is rarely easy, often challenging, and most of the time just flat-out draining.


It is exhilarating, yes; rewarding, absolutely; wonderful-and-I-wouldn't-trade-it-for-any-job-in-the-world --- you bet your life on it.


But it's also exhausting.


And sometimes - if we aren't careful - we can let that exhaustion and weariness and fatigue settle in, until all we can think about is when this job will be over, and how we can somehow return to the happy-go-lucky, carefree person we used to be.


So now that I've addressed the crisis (and admittedly this post was inspired by two separate queries from devoted but desperate mommies, wondering if I ever dealt with Mommy Fatigue) ... I'm going to leave you hanging :)

Because I have a LOT to say on this issue, and I don't want my words to be lost in the length of this post. I don't consider myself an expert on this subject, or its cure ... but I do feel like I have learned a lot over the course of twenty-seven years parenting eleven children, and if all of my trials and errors and learning from my failures can help someone else, then I am happy to share.

So stay tuned until tomorrow, and if you are currently in the throes of Mommy Fatigue, and you are not sure you can make it another 24 hours without some answers, here's one of my little tricks to get you through .... 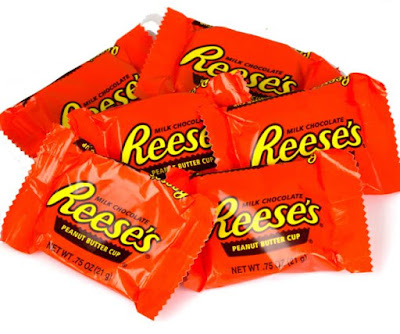 Pour yourself a nice cup of tea, be prepared to reheat it seventeen times over the course of the day, take a nibble of your chocolate of choice (mine is a Reece's, but whatever floats your boat) and remember : this too shall pass.

We are not going to be in the trenches of toddler warfare forever, and one day we will be looking back on these days of sleepless nights and endless days and wondering why we felt so overwhelmed in the first place. Or maybe we will be lying on our couches eating bon bons and waving happily at our previous selves, thrilled beyond belief that these exhausting days are behind us, but either way- this too shall pass.


Come back tomorrow for more pearls of wisdom, and if you have any cures you have discovered yourself, feel free to leave them in the comment section below. And if you have an extra bag of Reece's you want to send my way, I won't complain. 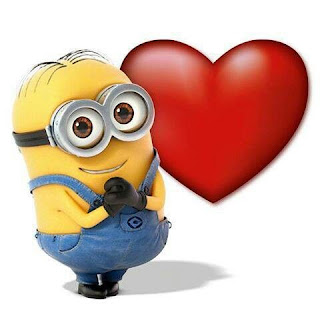 Great post, Patti! Thank you! I agree it doesn't matter how many you have. I have five now, but honestly just one of them can feel like a lot at certain moments, and when they're all happy and healthy, five doesn't seem like that many! Love your mommy posts. So much wisdom!

Way to leave me hanging!! haha

My husband and I went out, just the two of us, for the first time in 2015. We were gone for 1 1/2 hours and I told him I must have really needed it because I didn't think about the kids once.

I really appreciate you taking the time to encourage. Such a blessing! I have been meaning to email you and haven't ran across the time. Ha! Could you share any of your tips on potty training camp? We have four aged 3 and under and I really don't know where to start. Thank you Patti!! Praying for you and the incredible blessing you are carrying.

I am feeling all the Mommy fatigue tonight - thank you for letting me know I'm not alone :) I so admire you and am so glad that you have continued your blog. Praying for you and your sweet babe to have a happy healthy pregnancy, delivery, and beyond!

Sweet Patti!! Hugs and prayers for you! That sweet Hayden...almost hard to believe, but I have my Matt - he was the same. He is always so sweet for the rest of the world, but tonight he is all out of sorts about 6th grade....so the meltdowns are the same as before he could talk. But he gives me so much joy most of the time!! No one who knows him takes my side. Of course I can never know how tired you could be because I've never been in those shoes...but I pray for you and your sweet family!! Hang in there mama!!!

Patti, I have to say I honestly have no idea how you can keep up with all the things you have going on! You need to give yourself some credit, mama! I know God is blessing you with serious patience, perseverance and energy as I couldn't do half of what you mentioned in a day!

Praying for you all always!

Love this and need it today!!! I felt like you were talking about my Julian when you described Haden😁 Praying for your loved little Bunny!

The good news is you really only remember the good times, the bad news is your fatigue never leaves even when you are a grandma!!