Hayden's Birthday Extravaganza At The Park

Tomorrow is Father's Day. I'm too emotional to write about fathers this weekend, is that okay ? It has been one year this month since Sam and I both lost our dads. It still hardly feels real. We miss them more than words can say.

I'm still behind on blogging ... but I'm forgiving myself, because I'm caught up on laundry. And I have two cheesecakes made for tomorrow, and only two more children to finish homeschooling for the year. Hip hip hooray.

As I type this, Lily is sleeping, and Hayden is too, meaning they will both be wide awake at midnight. Wonderful. If I didn't have dozens of items of clothing to iron tonight for Sunday School in the morning, I would be trying to keep them awake until their bedtime. Instead, I'm taking advantage of a quiet house (the older kids are all outside) by posting Hayden's birthday pictures here, and thinking about the ironing I need to do. I'm a multi-tasker like that !


And I just remembered, today is June 14th, flag day.

So in honor of that, I am going to post pictures of Hayden's birthday, which was May 12th.

There is absolutely no connection between the two holidays, but there you have it.

It's my blog and I can do things like that if I want. Blog author's prerogative, and all that.

I'm even going to give this post a fancy title at this point, just for fun :

HAYDEN'S BIRTHDAY EXTRAVAGANZA AT THE PARK.

I'm hoping the fancy title makes up for the simplicity of the actual event. You'll see why in three seconds.


We had Hayden's birthday at the park. 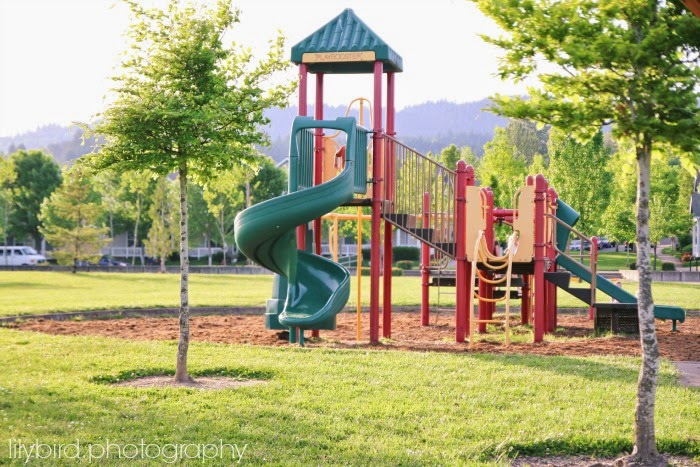 Abigail and Caleb made three dozen chocolate cupcakes, and I frosted them to look like baseballs, tennis balls, basketballs and footballs. The theme of the party was .....wait for it .... balls. Because ever since he was old enough to sit up and hold one, Hayden has been OBSESSED with balls. Ball was his first word. He falls asleep with a ping pong ball in one hand and a tennis ball in the other. He turns everything into balls - cheerios, phones, toothbrushes, the plastic iceberg lettuce toy in the nursery at church - they're all just different versions of balls to Hayden, just waiting to be thrown. Once he started crawling, his favorite thing to do was throw a ball down the hallway and chase after it ...and then turn around and throw it back down the other direction. He could be pitching (no pun intended) the world's largest tantrum known to mankind, but hand him a ball and he transforms into the happiest baby on the planet. 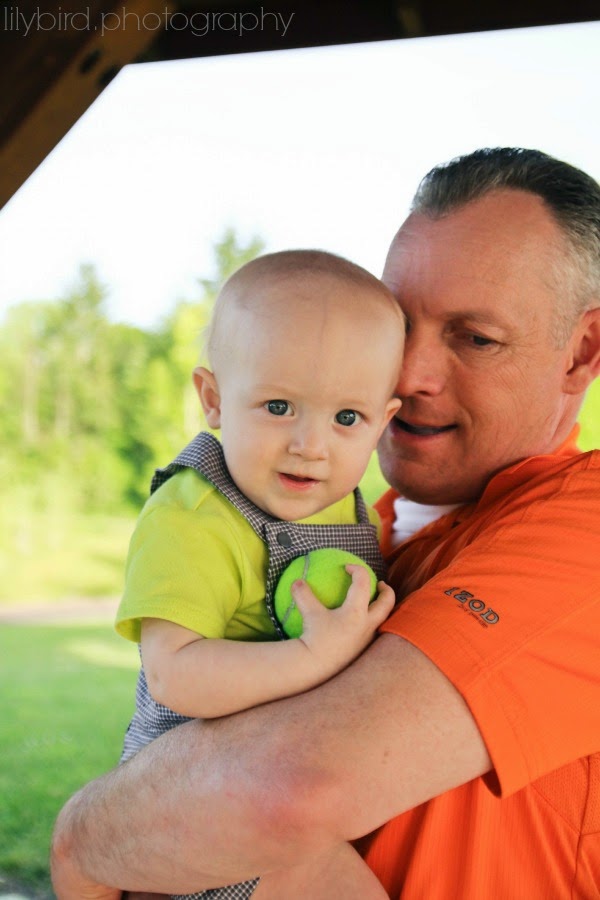 Thankfully The Dollar Tree cooperated nicely with our birthday party theme, and I think I spent a whopping $12 on this here shindig. We brought some baseballs and mitts from home, sent the kids and whoever else wanted to play out onto the big grassy field next to the picnic tables, gave Hayden a tennis ball for the night, and called it good. No pin-the-tail-on-the-donkey game for kids to fight over, no basketball shaped piñata to give all the parents a heart attack, no goody bags that would end up on the floor of the car after the party anyway ... just cupcakes and a few snacks and baseball at the park, because that's how we roll when there are eleven kids with birthdays per year. 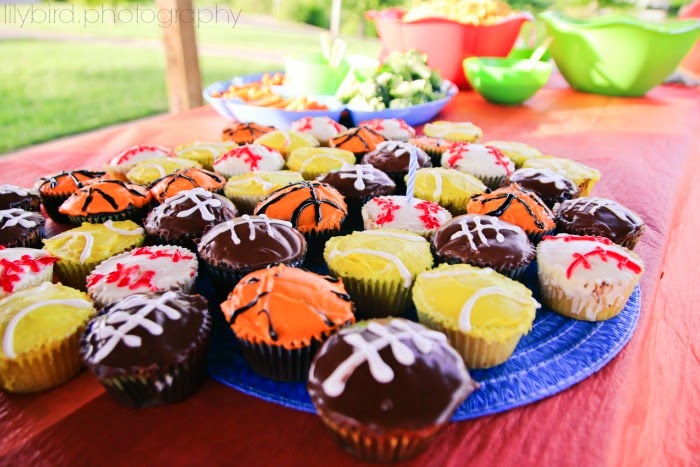 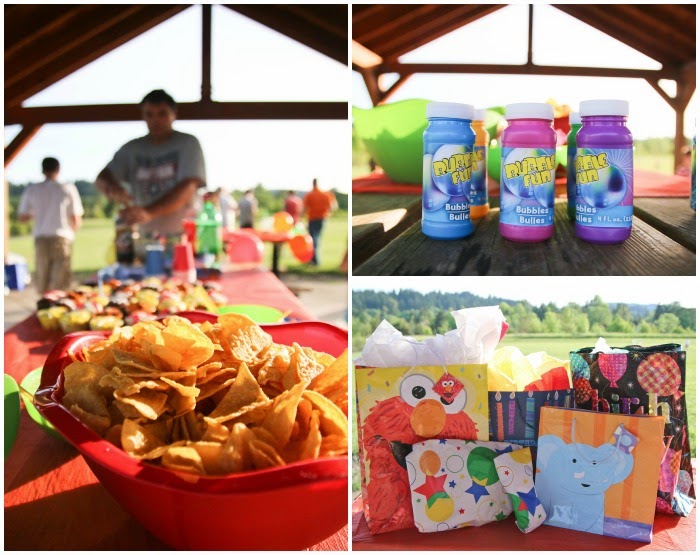 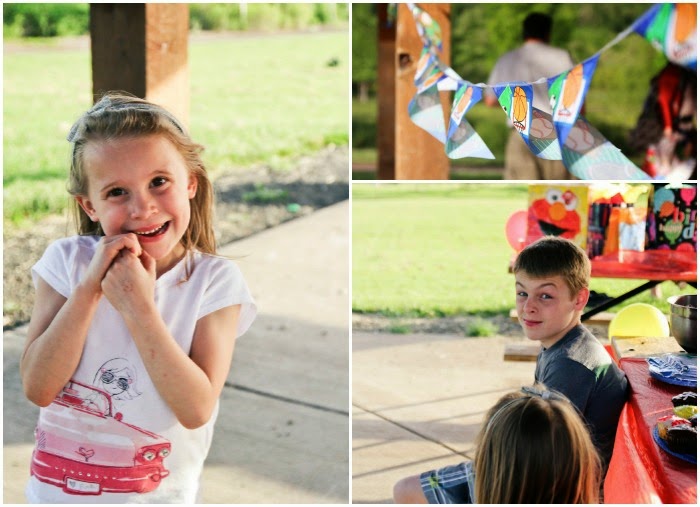 ...but the birthday boy was pleased as punch, and that was the goal.... 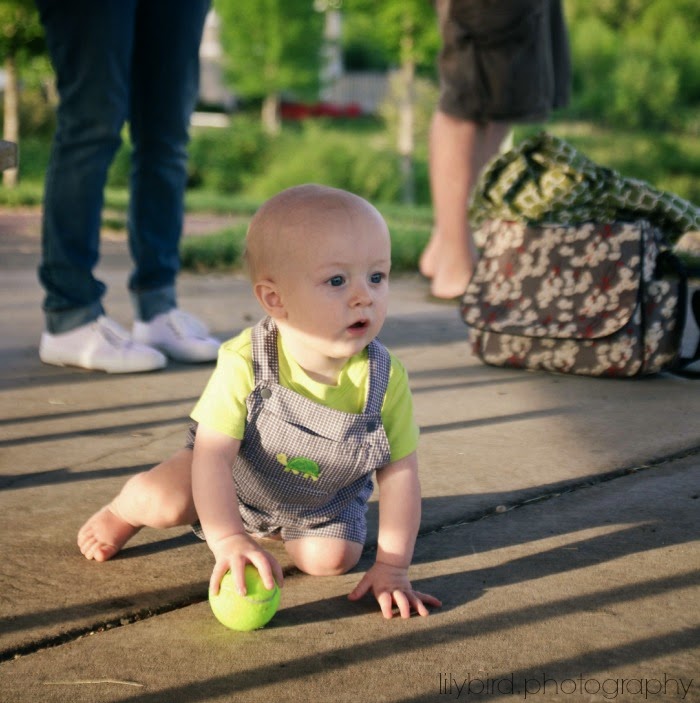 The weather was perfect - a warm breezy Oregon evening, with just a few hours of sunshine left at the end of the day. 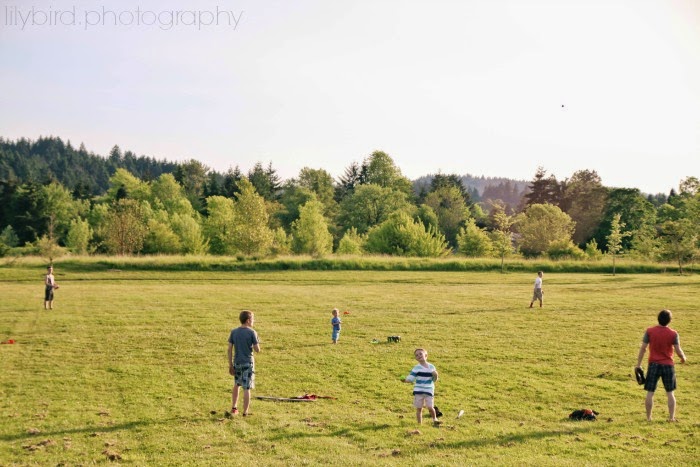 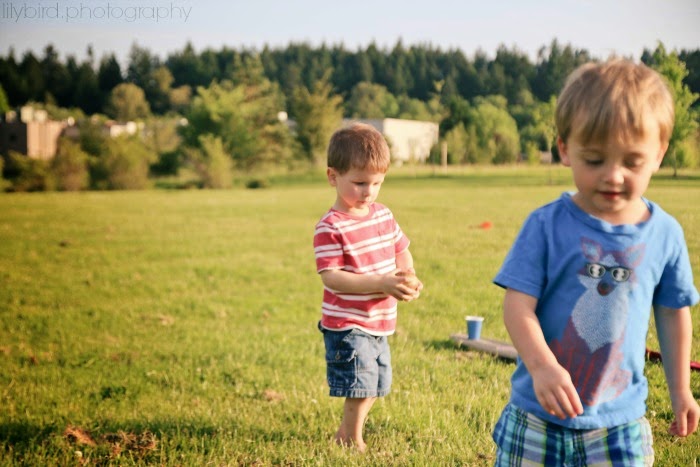 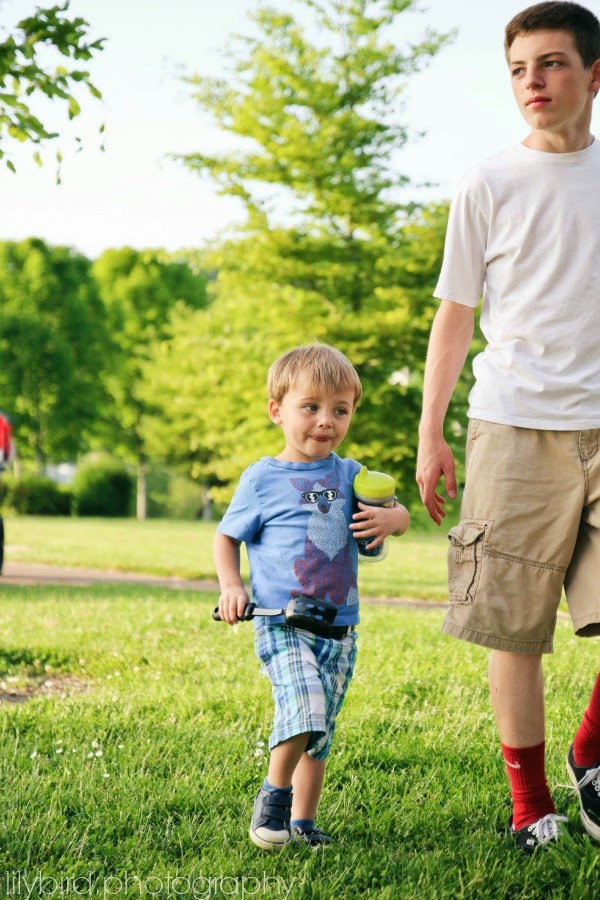 Jason had to work, but Naomi brought our grandbabies. Koa (above) brought a fruit salad and a serving spoon, Norah (below) brought some charm ... 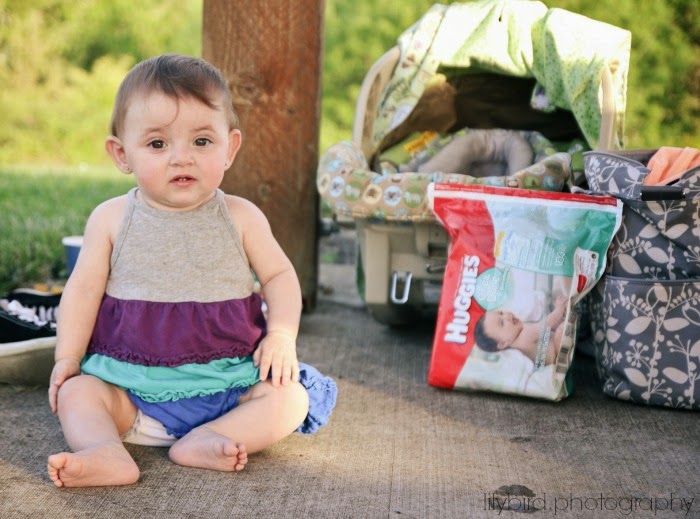 Monique and Josiah came, along with our newest blessing, Princess Macie ... 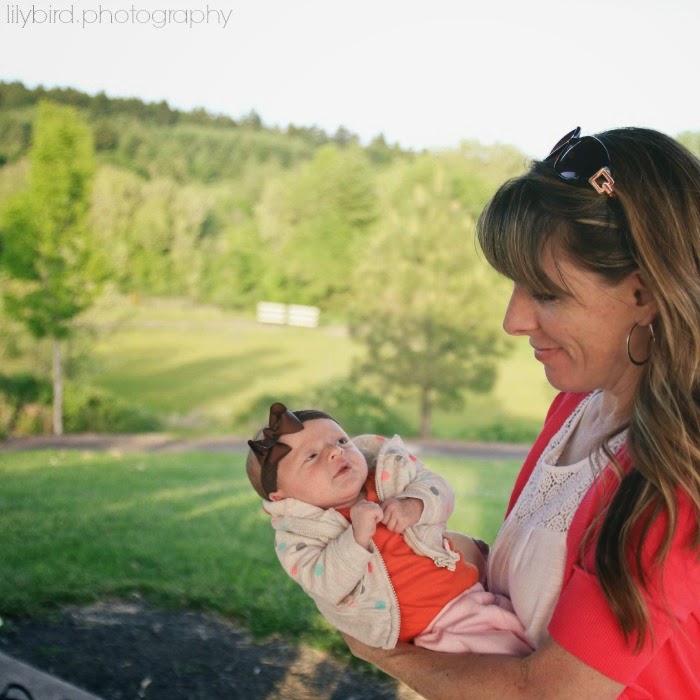 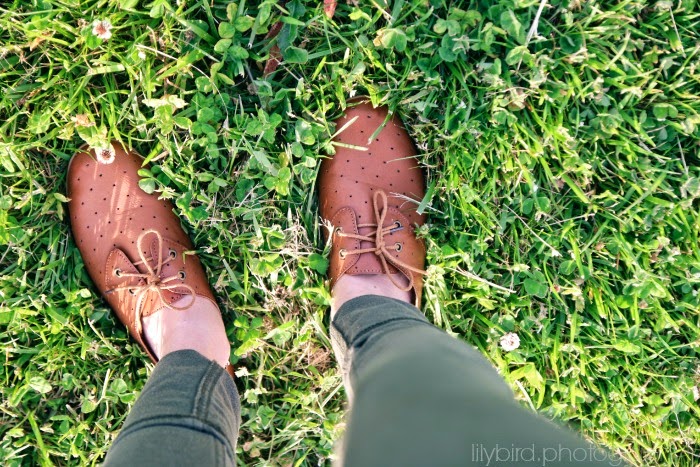 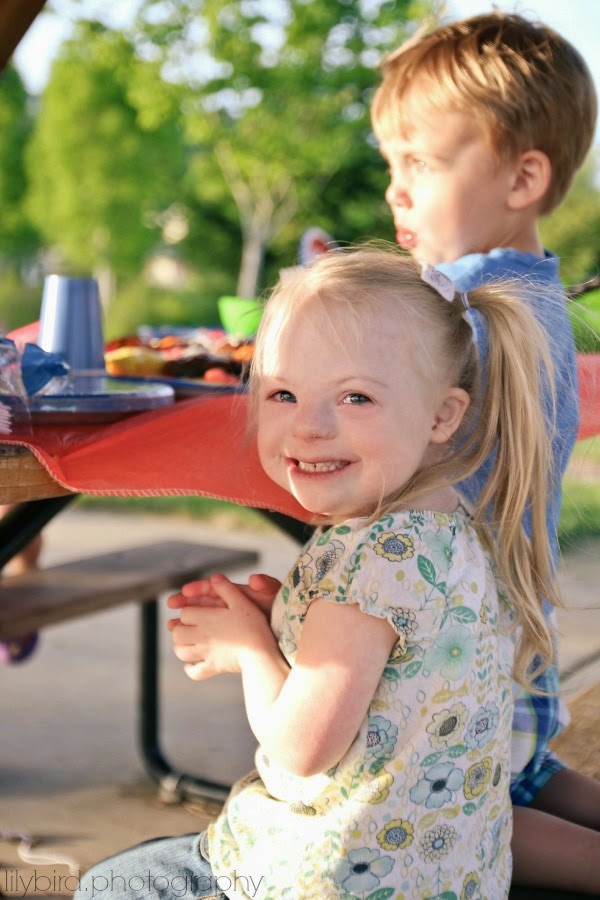 My favorite part of every first birthday is the cake smashing photos. Kenz took about seventeen of them, and it's taking EVERY OUNCE of restraint I can muster right now, not to post them all. I'm not kidding, I think I have an addiction to cake-smashing-baby pictures . I mean, just look at them ... 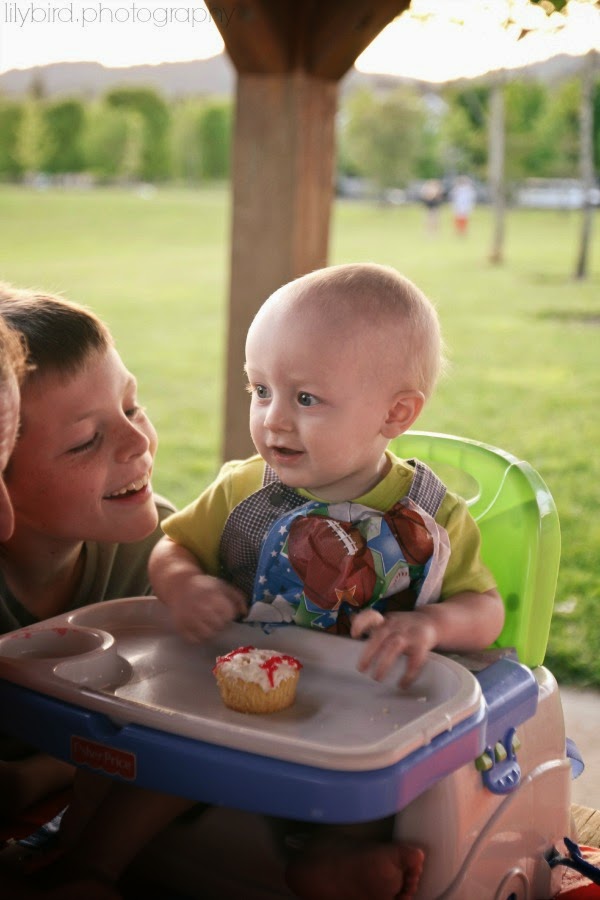 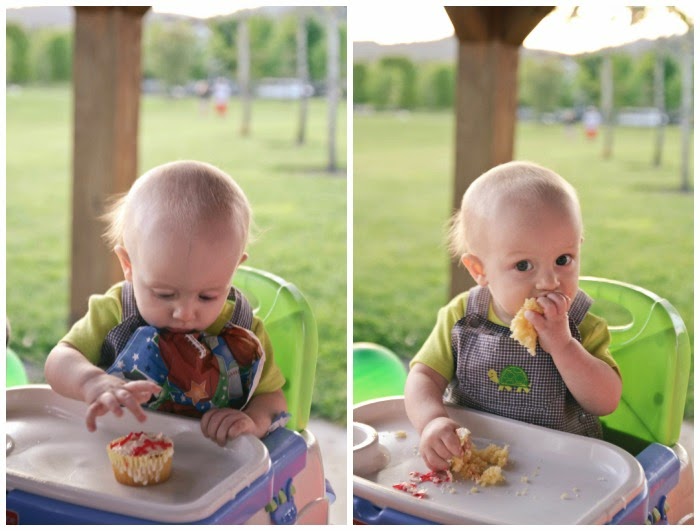 
Sam and I feel so blessed to have a baby at this stage in our lives. I think about that every day. I always wanted a baby in my forties - and I got two. 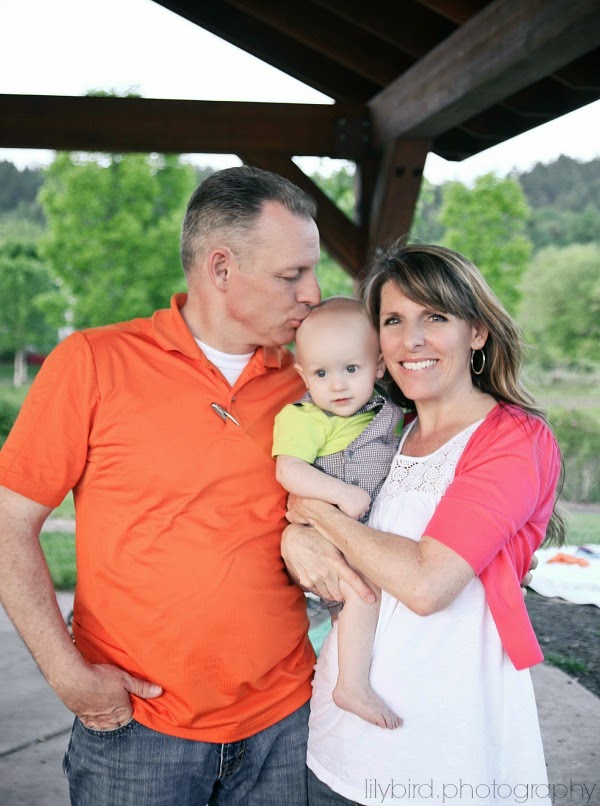 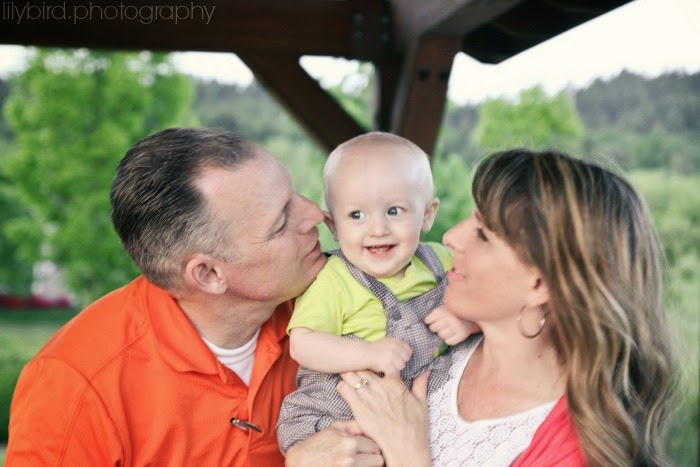 The party was a (cake) smashing success, and even though we didn't get any pictures of Hayden and his gifts, he enjoyed opening every single one of them.

Okay, honestly I think Abbi and Noah opened his gifts, which is probably why we don't have any pictures ... if I recall, Sam was wiping layers of frosting off Hayden's outfit while the older kids frantically helped me pack up the party before the sun set ... at any rate, Hayden enjoyed playing with everything the next day. 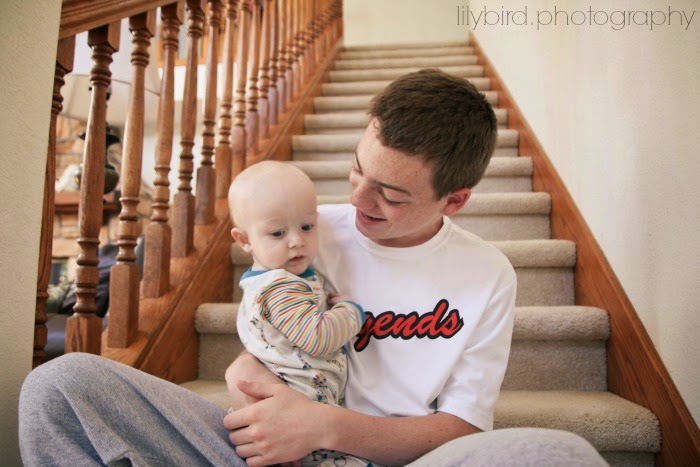 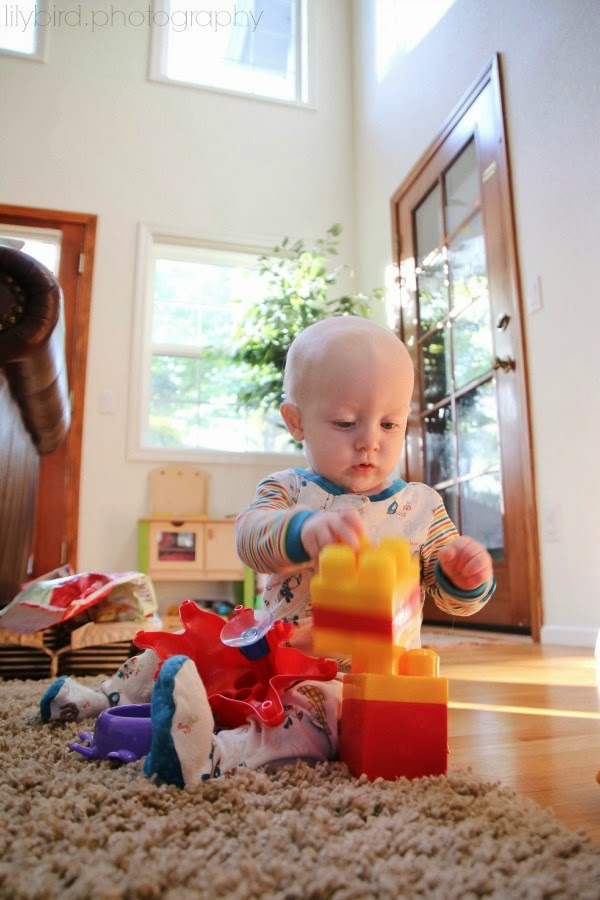 This past year went too quickly in so many ways. My baby is one, and it feels like I just had him yesterday. He's doing so much now - standing and saying words and feeding himself and learning new things every day. I want to slow life down, but it's just impossible ... so instead I'll just enjoy the ride ... 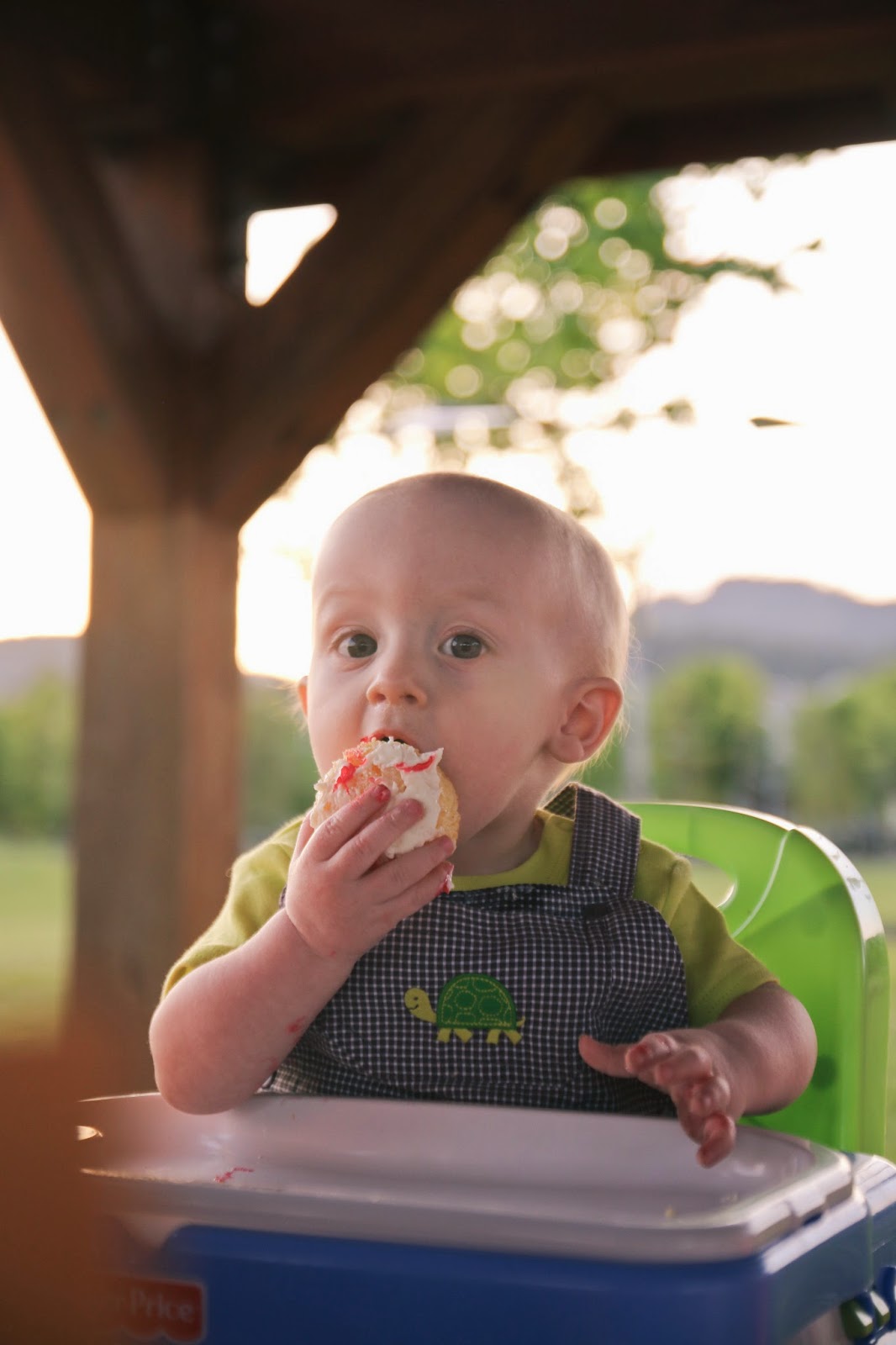 It looks like a perfect birthday party for sure!!!! I cannot believe Hayden is ONE already! It does go way too fast. And Norah has gotten so big. You have such beautiful grandbabies!! And of course, such beautiful kids!!! Lily's hair is SO long. They are all growing.
James is just like Hayden. His favorite thing is balls!!! He is my only child like this. He also turns everything into balls. Now Benji is catching on and throwing everything as well, ha. But they have fun!!!
I am glad you posted! xoxo

I think Pinterest, while fun and inspiring, has done a great disservice for the mothers in our society. H's birthday party was obviously perfect, and you did a great job!

What Crystal said! Yes! I'm really over Pinterest! (But I haven't closed my account. Sigh.)
I think this looks like the perfect birthday party! What I love about big families is how you always have a party with you. I only have four, but we went to the beach th e other day with a family that has six kids, and they picked up a friend on the way, and I'm telling you, it was a blast. I really want more kids, but it doesn't look like my husband agrees.... :-(

That is one of my favorite pictures of Daddy. He was so handsome, and very humble about his looks.

Wish I had been at Hayden's party. It looks like it was a lot of fun.

Patti...
I am sorry to read about your Dad and father-in- law!! Anniversaries are always emotional!! Hugs!! :-(
Do you want to read something funny?! I just read on somebody else's Blog today that they threw a ball-themed birthday party for their two-year old son!! How fun!! ;)
I love, love, loved your pun about pitching!! Crack. Me. Up!! ;-D
Those cupcakes!! I want one!! Make mine vanilla!! ;)
Happy, happy, happy birthday, Hayden!! Here's to many, many, many more!! ;-D
Love you later, Raelyn