A few weeks ago I received a call from the genetic counselor, with the results from the new prenatal test for Down syndrome. 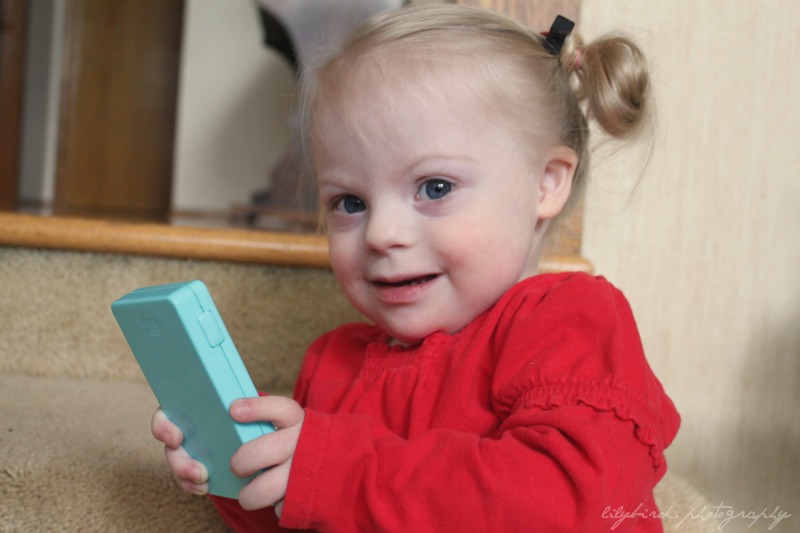 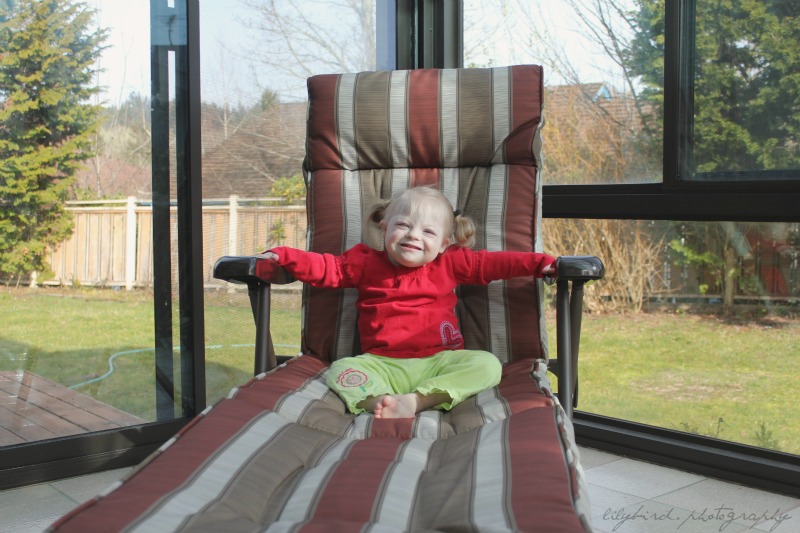 When I went for my level II ultrasound last month, I wanted to know everything I could about our baby. Specifically, I wanted to make sure this baby did not have any known issues, including Down syndrome, that might change our plans about delivering in a small town hospital. As I wrote in the post I referred to above, I never want to be separated from my baby at birth again, if at all possible. Having Lily transported two hours away from me was a very difficult experience, one I never want to go through again.

We told the genetic counselor this at our appointment, fully expecting that we would have to rely solely upon the ultrasound to give us any indication of potential risks. I did not want an amnio, and I chose not to do the quad marker screening earlier in my pregnancy, given the odds that it would probably come back positive anyway, due to my advanced maternal age. 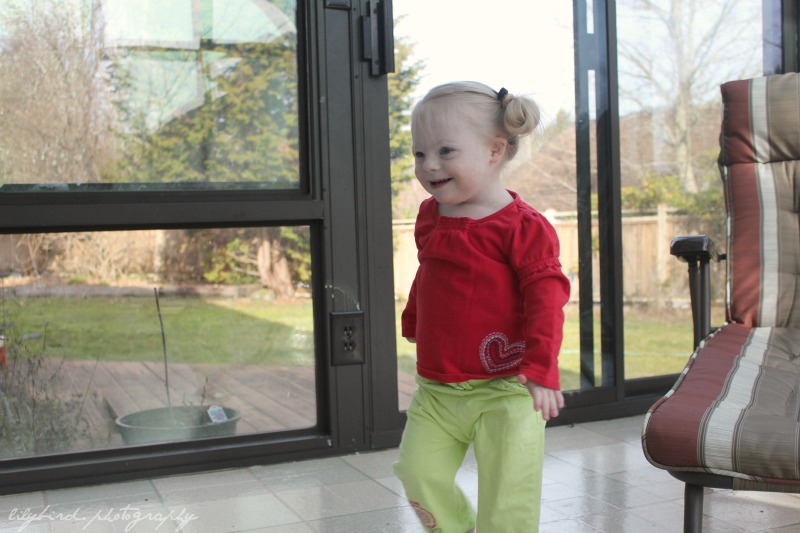 So I was surprised when the genetic counselor asked if I would like to have the blood test for Down syndrome done ~ because I was twenty weeks along.

In all my research on this test (I ran an extensive series on the new prenatal test for Ds last spring) I had somehow missed the fact that it is available at any stage of pregnancy. I assumed that the test was like the quad marker screening ~ that it had to be done in the first trimester ~ and I told the counselor so.

"Oh no, it's available at any point during pregnancy. It's just marketed as available during the first trimester so that..." she stumbled over her words, smiled and looked at Lily, and attempted to finish the sentence.

"So that parents are given that information as soon as possible. Because if you wait to test until 20 weeks, then in some states you are up against...that cut-off point..."

"For termination," I finished for her. 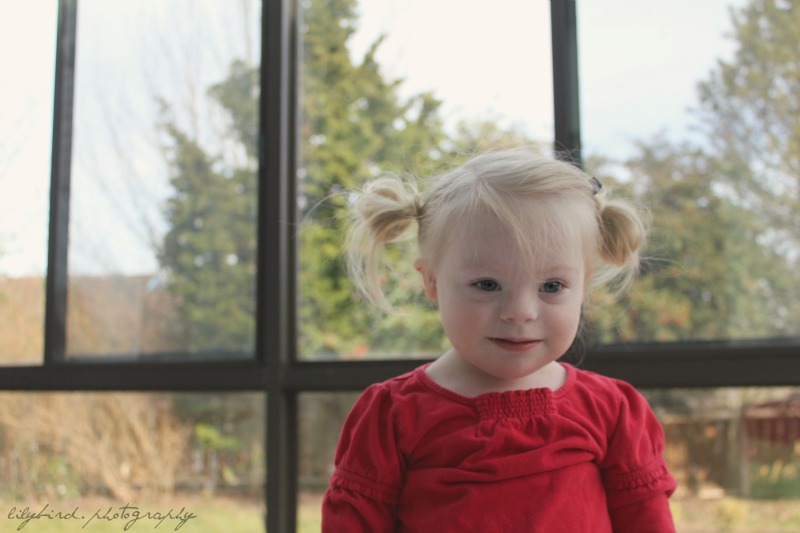 Don't get me wrong ~ our genetic counselor was an extremely kind and soft spoken woman, who was just doing her job. She commented frequently about how sweet Lily was (we brought her along) and mentioned the following information....

The act requires the federal government to arrange for the collection and dissemination of up-to-date, evidence-based information about the conditions subject to prenatal and early postnatal diagnosis. This information encompasses “the range of outcomes for individuals living with the diagnosed condition, including physical, developmental, educational, and psychosocial outcomes.” Such information should provide a powerful corrective to the “bad news” typically delivered to pregnant women whose fetuses are diagnosed with the tested conditions. A body of research suggests that much of the information now supplied is heavily biased, outdated, highly inaccurate, and almost always narrowly clinical [4]. The act may have an even greater impact on prenatal decision making, however, if it helps to reframe how women and their physicians view decisions about continuing or terminating a pregnancy in the face of positive test results. 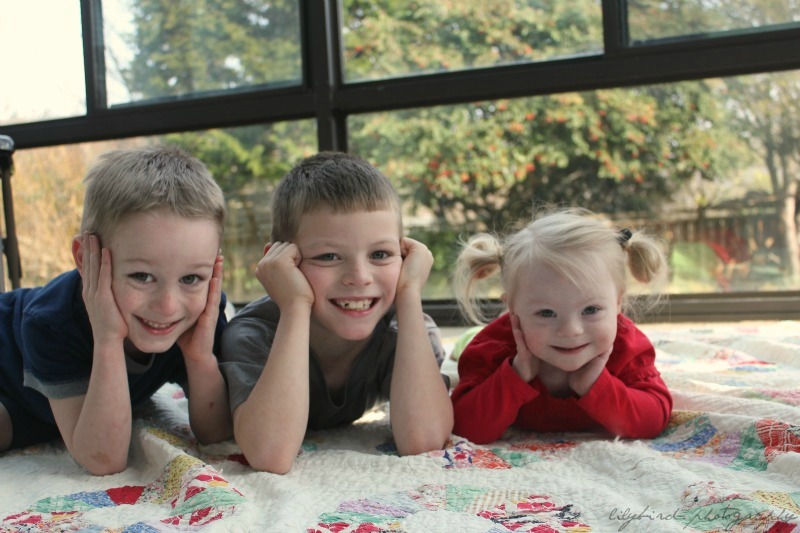 I get that doctors and genetic counselors and those involved in the care of a pregnant mama are just doing their job. 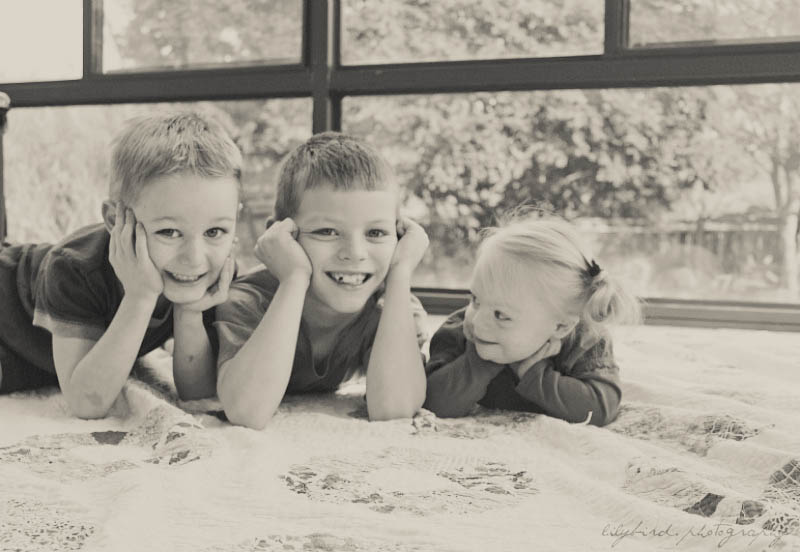 What I don't understand, is how someone making advertising decisions at companies like Sequenom and Verinata, can decide to market their product with the aim of providing women information early enough so that they can make a decision to terminate before they are...up against that cut-off time.

This isn't a test to determine if a baby is compatible with life. This test will not tell you if your baby has a heart defect or kidney problem or brain condition...this test will not give you an answer about how far your child will go in life, how smart they will be, how "functional" they will be.

This test lets you know if your baby has Down syndrome.

Because apparently those two words alone can justify ending a life. 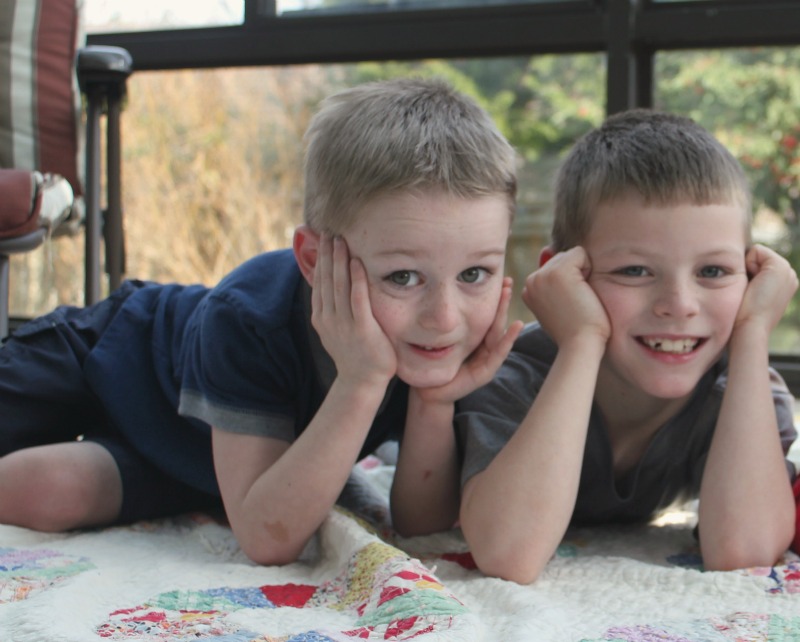 Can I tell you something from this side of things?

I wasn't expecting Lily to be who she was. I knew there was a possibility that she would have Down syndrome, but really I had absolutely no idea what that meant, in terms of raising her. I had some preconceived notions based on old stereotypes, I had people in my life who I had known who had Down syndrome to reference off of, but I had no idea who my child would be. 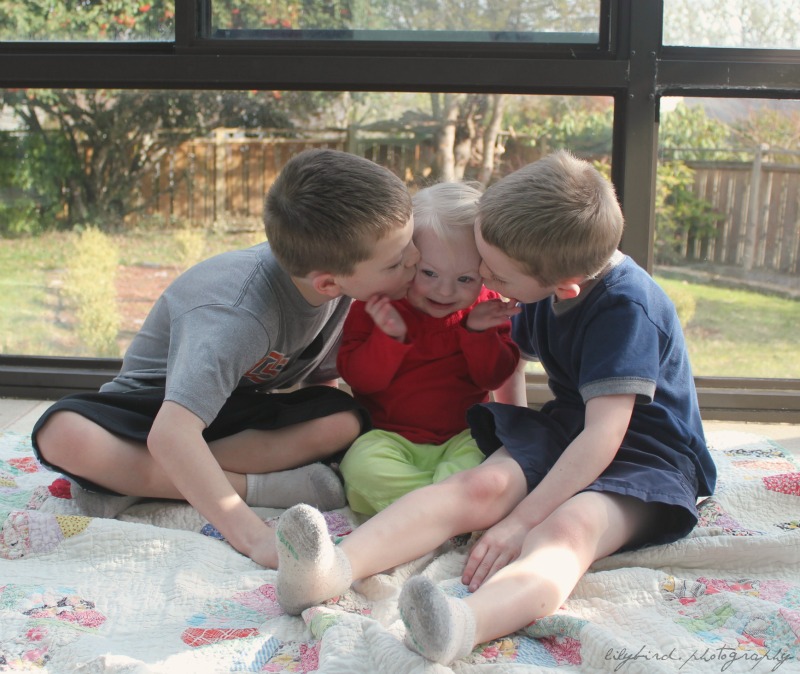 And neither do you.

This test...or maybe future tests that may tell us other "conditions" our children might have...cannot tell you what your baby's life will be like.

I have friends who gave birth to very healthy, very "typical" babies, who later on developed conditions or were struck with disease, or faced tragic accidents, and nobody could have predicted who those children or adults would be today. 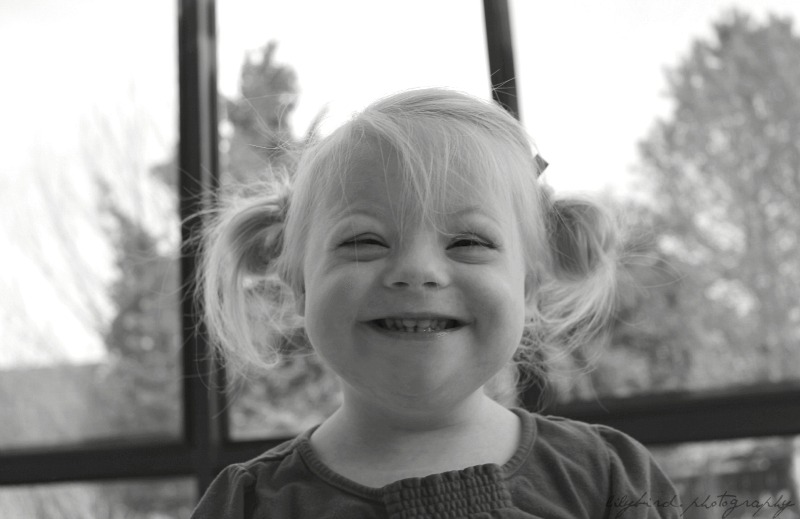 No test could have told me who Lily is. No doctor could have prepared me for what our lives look like today, and while I do firmly believe information for the sake of preparation can be a good thing, I do not, I cannot believe that it should be provided as a reason for termination. 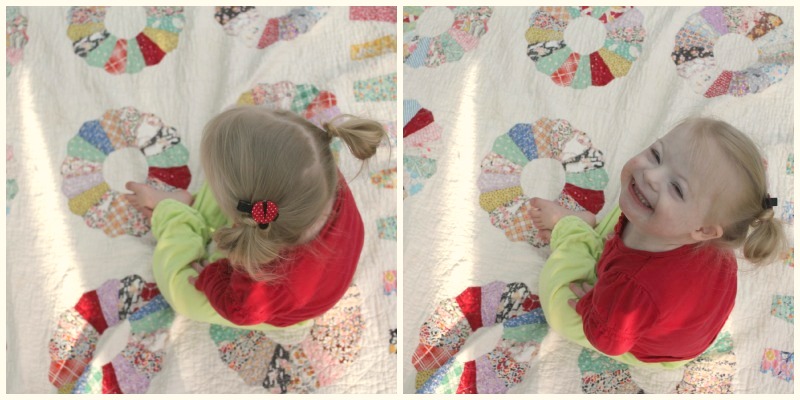 "I have good news for you," said the kind and well-meaning genetic counselor on the other end of the phone two weeks ago. "No Down syndrome or other chromosomal issues."  As I thanked her and hung up, I turned to kiss a little piece of Heaven beside me... 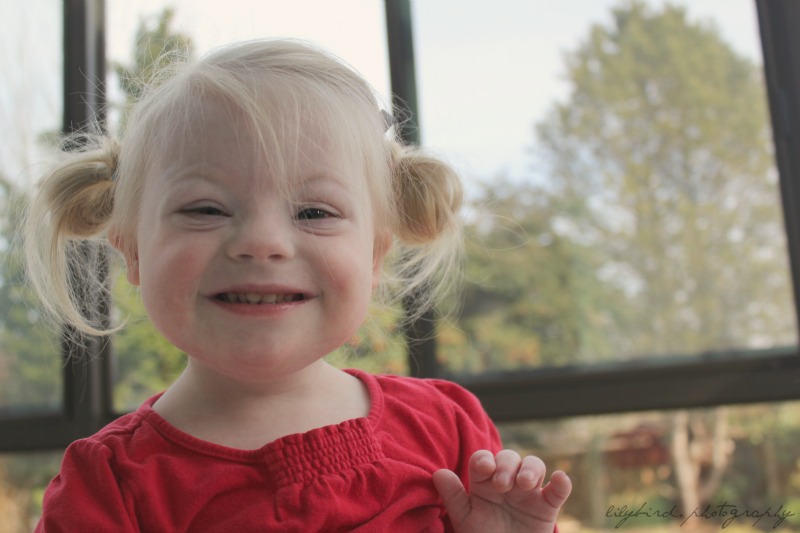 ...who also happened to be good news.

<3
Thank you for continuing Lily's blog. I don't have a child with down syndrome although I thought the Lord had whispered to me that I would. perhaps it'll be a grandchild. I don't know :) but I thank you for blogging about Lily and sharing with the world what a blessing she is.
I literally gasped about the marketing of that test. I shouldn't be surprised by the things of this world. Lord help me share the truth with those you bring to my path. Amen.

It seems an odd position to be in. On the one hand it's good that this child not have to deal with health issues early on. On the other hand Lily's life is clearly no tragedy either. Which is what other parents of kids with Ds have said they were told, prior to their child birth. I can say from personal experience that your child can be perfectly healthy for years and then wham, it's a whole new world baby. There are no guarantees. No physician can promise anything except THE physician. Blog on mama. Kiss that sweet baby from a random momma for me.

Please rethink your judgement. I have found happiness in a place where I don't feel responsible for other women's decisions. I think good quality prenatal counseling is probably the best thing we could advocate for. Because of the current health system that is run by insurance companies, many people, especially women, are deprived of good quality healthcare. My stance is advocate for women's rights so that we don't have so powerless in the circumstances of diagnosis.

There is also the issue of living in a country that is not kind to disabled people. In my own state many I stabled people are living in fear of getting thrown out of their group homes onto the street because one Republican politicians think that is the best way to solve our budget problems. If we work for a better life or people living with Down syndrome maybe new moms wouldn't have so much to fear.

Please forgive my typos, on the iPad.

Amen sista...oh and incredibly unbelievably cute pic of Lily and the boys with their heads in their hands!

Loved this post, and I couldn't agree with you more. They didn't have the test yet when we were pregnant with Chase and we did the quad screen for the same reason you tested...we wanted to be at the right hospital this time if there were any issues...and I can remember feeling strange about getting the "good news" that Chase had no chromosomal issues...because to me now, I can't imagine thinking anything about Emily would be "bad news".

oh patti you got me crying hon! so beautiful xxxxx

I really love this post. You are an amazing mamma

Patti - As usual you hit the main point in my mind in this post - there is no way to know if you'll have a "healthy" baby, regardless of any testing that can be given. So many equate DS with "unhealthy" - well my 7 year old swimmer and cheerleader who has been sick less than anyone in my house would tell you differently.
Perfectly beautiful photos!

You are so good at putting the love in your heart into words, and your love is inspiring.

When Gwen says we need to work for a better life for people with Down syndrome, I think the most important way to do that is to give these babies a chance at life. People's attitudes and hearts are much more easily changed by an encounter with a person with Down syndrome than a thousand words about them. If babies with Down syndrome are "terminated", how are heart-changing encounters going to happen?

Words cannot express how proud we are of you, Patti. Lily is proof that God has a grand plan for each and every one of us. Kiss my Sweetie right on her crinkly nose for me please.

Beautiful post! Lily is just as God designed her and she's PERFECT!

Love love love how you put this!

That was a beautiful post, Patti.
Lily has fit in so perfectly with your beautiful family & I can't wait to meet her new brother or sister. Much love to you.

Great post...love the Lils...she is so beautiful!!! I think Gwen maybe needs to compare this country with other countries and thank God for what we have....not saying it's perfect and couldn't use improvements....just saying go look at Reese's rainbow and how others born with Downs syndrome in other countries fair....hmmmm

Every child is created by God worthy to live the life given to them.

Pictures are TOO CUTE for words again! xoxo

Beautiful! I love this post! Well, I love all of your posts :) Kiss Lily's sweet cheeks for me, please! I can't wait to see you all next month <3