There are twenty days left til Christmas.

I have ten children, two beloved daughter-in-loves, an adorable grandbaby, my husband, and a host of friends and loved ones to buy for. Things add up quickly when you're shopping for that many. My children have needs as well as wants. My mama's heart wants to meet every one of those needs, and the wants too. It's the joy of my life to bless my kids and my husband, the most important people in my life. We live a very modest lifestyle and we have to stick to a budget to make things work...as I'm sure so many of you do. We shop sales, we buy used, we pinch pennies to make Christmas special.

Because I want to make all of her dreams come true... 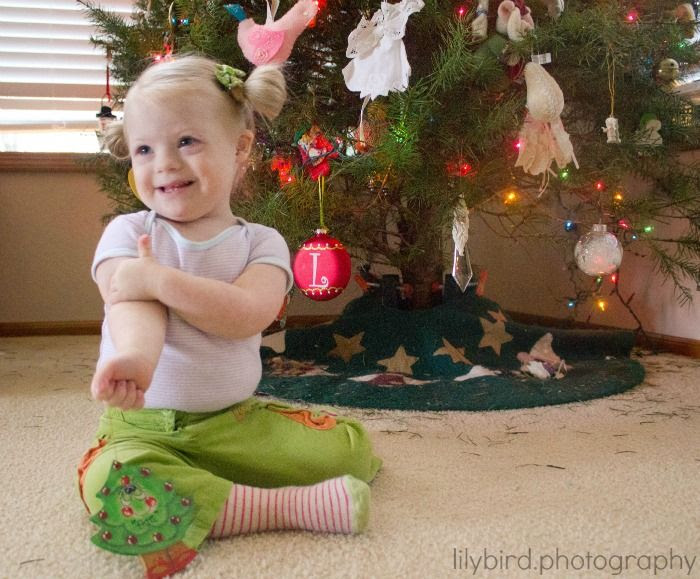 But there's a little girl on the other side of the world who has nothing. 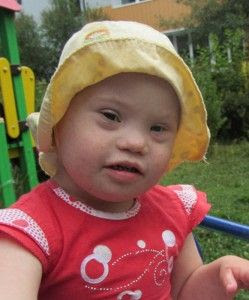 The little yellow bonnet she's wearing ? It wasn't even hers. It belonged to the orphanage where she lived for four years, along with all of her clothing. She slept in a crib that had been slept in by so many others before her, played with used toys and dolls that so many other children like her had shared over the years.


And yet even those things - which were not hers but at least familiar - were taken from her.

Everything she knew - the yellow bonnet and the shared dolls and the caregivers who had watched over her since she was left at the orphanage - were taken from her the day she left the only home she ever knew.


If you're not familiar with what happens to children with Down syndrome in Eastern European countries, this post is for you.


Babies born with Down syndrome in Eastern European nations are considered outcasts from birth. They are rejected by their society and placed in orphanages where they will live in seclusion until they turn four years old. Most orphanages cannot continue to house children past this age, and the answer for so many of them is to turn these "older" children over to mental institutions.

Do you know what a "child" with Down syndrome at age four is?


Lily is almost three years old. She cannot verbalize her needs most of the time, she cannot use the bathroom, we still carry her much of the time, she is just now learning to use a spoon or fork properly, she is as small as an 18 month old, and very much on par mentally and physically with one as well.

She is a baby.


I cannot imagine Lily - a year from now - being placed in a mental institution.

I cannot imagine my Lily growing up in that institution, shut away from society, witnessing things that no child should see, living among men and women with a future as bleak as hers with no hope of ever escaping.

I cannot even think about that.


Nanette did nothing to deserve her fate. She arrived in life with one too many chromosomes and her fate was sealed.

I'm not able to go rescue Nanette. Our family does not qualify financially to adopt internationally.

But someone out there does.

Reece's Rainbow is an organization that raises grant funds for children with Down syndrome in other nations. It's my hope and prayer to raise Nanette's grant fund to attract a family who can adopt her. International adoption is expensive- I want to do everything I can to help ease the burden for someone so that they can adopt Nanette.

I don't have much to give - but I'm going to give what I can. 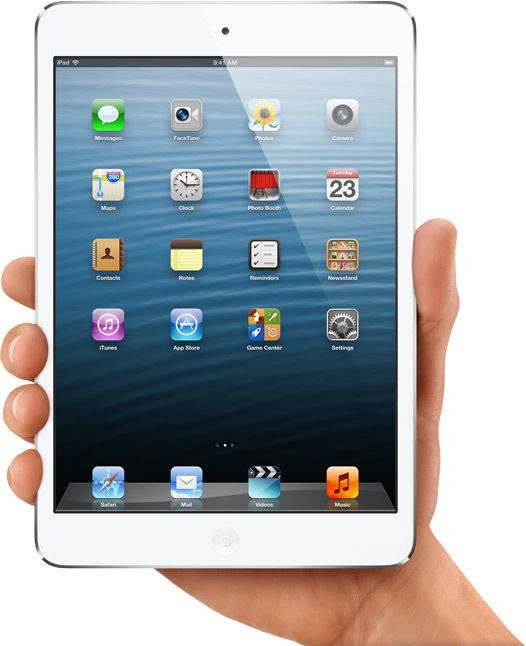 I'm sacrificing some "wants" this Christmas because there's a little girl who has a NEED.

Nanette has absolutely nothing in this world - and compared to that we have everything.

How could we not give when we are so blessed?

I'm giving away an iPad mini 16GB to one random commenter on this post.

Here's how the giveaway works.

*Donate $10 or more to Nanette's grant fund on Reece's Rainbow and leave a comment saying you did so to be entered to win.

*Blog or facebook about this giveaway to receive an additional entry.

*If you tell a relative or friend about this giveaway and they donate AND they leave a comment saying you told them about it - receive an extra entry.

Will you help me give Nanette a family for Christmas?
Posted by Patti at 12:30 AM

I just made a donation but also posted this blog post on FB, encouraging others to do the same! Thank you for sharing this need; may Our Father bless and protect precious Nanette, while touching the hearts of her forever family.

My heart is breaking, how dose this type of thinking still exisit? I can hardly catch my breath it hurts so much. We are donatng and have shared. Will continue to do both. xoxo

Friend, you are amazing. Thank you so much! Please enter my friend KC. She donated :-)

Donated and shared on facebook - Nanette is precious and deserves to have a family and to know she is loved. I hope her grant grows by leaps and bounds! Keeping her in my thoughts & prayers. :)

I've donated and shared on FB. I can only imagine the great things that are going to happen to that little angel. I feel a Christmas miracle in the making.

Happy to help even if it is in a small way :)

I donated and shared. Bless this little baby's heart. She deserves a loving home.

Oh Patti, I have never not donated when you are asking... I hope she will find a family soon.

You got me. I had to donate. I can't imagine that sweet baby girl in a mental institution. Heartbreaking :(

I have donated to Nanette, and I will again soon. I will also share on FB. I do not want to win; just thankful she has a voice through you. Praying for a sweet family for this precious girl. Breaks my heart what happens to these children. Cannot imagine our children over there alone, abandoned, and forgotten living a life of horror. This is when I am thankful for the crazy media we have these days. It has truly been a blessing for these orphans. xoxo

Would you qualify if someone funded the adoption up front? Or do you just not qualify based on baseline yearly income?

In a recent attempt to better ourselves, my husband and I have been trying to eliminate the 'R' word from our home. Much like a swear jar, we have an 'R' jar- every time the word is used a quarter goes into it.

In a few weeks, I hope to both be rid of that habit, and send the money to RR for Nanette.

Donated to Nanette and shared on fb.

Your post is so beautifully written. Thank you for sharing your heart. I donated and will pray for sweet Nanette and for a family to rescue her.

I donated.. I hope it helps make Christmas so much more meaningful for her!

Donating and praying for sweet Nanette. Love you and your heart !

Donated and shared on Facebook. I have come across and prayed for this sweet girl so many times, I hope her forever family finds her soon!

"We Are.." we do not qualify due to the amount of children we have according to USCIS income requirements :(

Done, thanks for your work!

I was unaware of this happening in Eastern European Nations....

Every child is precious and deserves love, warmth, kindness. I donated $10 for Nanette and along with it I will be praying for a loving home for her. Kisses to sweet Nanette :)

I also blogged about this information

Donated $10 to this sweet girl!

I have donated and shared since you posted, but since she is my angel tree angel, I am not sure I can enter ;-) Thank you thank you thank you sweet friend for advocating for Nanette! She reminds me of Abbie, and has my heart. Now, just to find her momma and daddy!

Donated 20 to Nanette! May the Lord bring her family to her soon! Luba B.

I just put it on my facebook page as well.

I had no idea this went on in Eastern Europe. Breaks my heart. We donated and also posted on favebook and my blog www.you-had-me-at-ah-goo.blogspot.com

and I facebooked about it, and tagged our buddy Kelly, so she can see everyone pulling for that teeny little one!

I want to hug Nanette! For a long time!

Thank you Patti for writing the hard truth about so many things!. Nanette deserves a family so very much. I will continue to pray it will happen for her very soon!

I hope this $10 goes to give Nanette the best Christmas ever. Buy her a big teddy bear for me! :D This is gonna be all over my twitter and facebook!

I shared this blog post with my 3 older children last week and they immediately ran and grabbed their wallets to donate to Nanette's fund. They each donated not $10 a piece but $11! (So cute!) The next day, I was sharing my story with a social justice school that we are involved with at YWAM Denver and ended my talk with the journey (through having a DS child) that we have been on since our Lily's birth. I also shared Nanette's story and the urgency for special needs adoptions.
Patti, thank you for your blog. It has helped me process my emotions and thoughts as we navigate this new world of parenting.

Oh, sweet Patti! I love that your heart is out there for Nanette during this busy Christmas season! I donated $15 to her fund from your sidebar. :-)

I shared publicly on FB and in my Mom's Group's FB Group. Thank you for doing this for Nanette!

Patti: We have made a donation towards Nanette's adoption in honor of our wonderful grand daughter Addison Smith. Thank you for all that you do to bring awareness to these wonderful children.

Patti: Made a donation today for precious Nanette. My heart breaks for Nanette. I see she had been transferred to that horrid mental hospital. No child should have this done to them. I'm praying for a loving forever family for Nanette. Candace

I donated to Nanette's fund. Thanks for all that you do Patti.

I donated to Nanette's fund and shared on Facebook. I also want to let you know I LOVE the Scentsy sweater warmer I ordered from you. It's so very cute...and for such a good cause. Thanks for all you do. Merry CHRISTmas!

Tried to leave a comment earlier, but don't know that it got through. I donated $10 and shared on my personal Facebook page. Thank you for raising awareness of this. I hope Nanette gets the loving family she deserves very soon.

I donated $10 to Nanette's fund via your sidebar. My daughter, Gretchen Erickson, shared this giveaway with me and completed the PayPal transaction for me since I don't know how to work PayPal. Hoping to hear that Nanette's loving forever family has found her VERY soon! Merry Christmas, everyone.

God Bless you. I just donated $25 to Nanette's grant fund.

I donated $10 to Nanette's fund and also donated to two others who haven't reached the $500 mark yet. Merry Christmas.

Donated to this sweet baby whom we all have laid on our hearts. This donation is the best Christmas gift I could buy myself!
Merry Christmas!