I'm a parent of ten amazing children. My oldest is 24, and most days I feel like I've experienced every range of emotions there is to experience as a parent.

But nothing prepared me for life with a child with special needs. 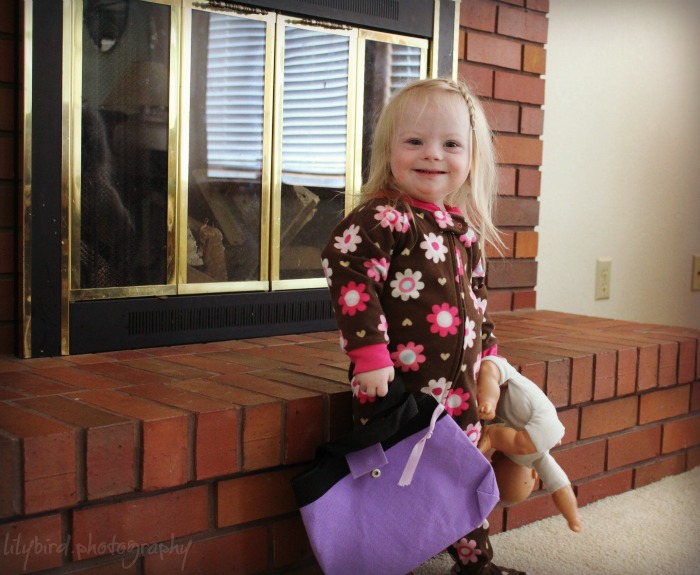 Because language connects. It lets us into our children's world. And those first months of Lily's life I was so worried that I couldn't get to that world. Someone had told me right after Lily was born that most people with Down syndrome don't talk. And that little piece of false information stuck with me. Even when I began to make connections with parents of children with Down syndrome and learned that speech does eventually come for most children, albeit later than "typical" children, that worry lodged itself in my brain, like a vicious weed that refused to be uprooted. 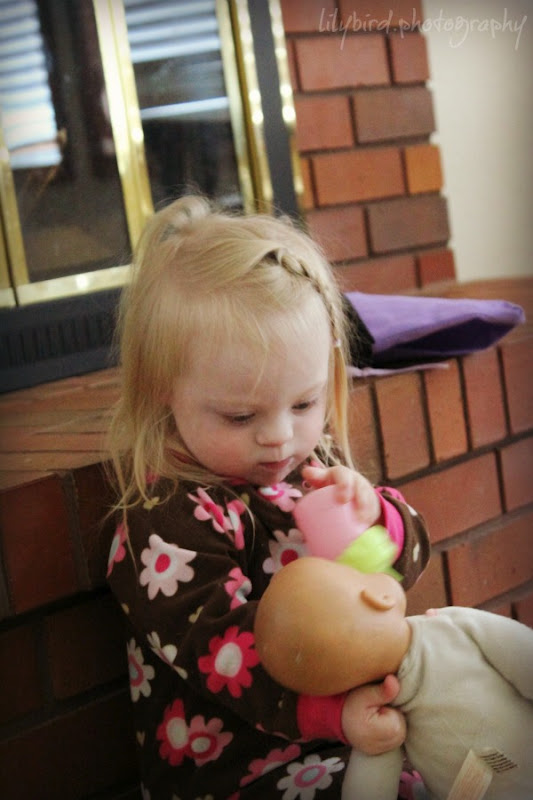 We're two and a half years into this journey called Down syndrome and the one thing I've learned? Lily will prove me wrong again and again. She will out-do my expectations and then some. No matter how high I set the bar, she sets it higher.

Sam and I were sitting in our sunroom last night, in the cool of the evening when a beautiful summer's night breeze was blowing through the screened windows. Lily was coming in and out of the room, doing what she does best- entertaining us. She sang songs, she danced, she played peek-a-boo, she tickled our toes, she brought her baby in and rocked her, she threw her baby on the floor and shook her finger at it and yelled at it, and then burst out laughing at our responses. She fully engaged us with her antics - she was the star, and she knew it. And the whole time she didn't utter one word. She babbled, she sang her constant refrain - lalalalalalala- with an occasional sign thrown in...daddy or baby or milk...but she was communicating with us, just as clearly as any of my two and a half year olds has done in the past.

I do believe speech is coming for Lily. It might be this year or it might be a few years from now, but my girl is showing me every day that she's thinking, she's problem-solving, she's engaged, she's connected to us. For the most part that comes through sign language- she has well over 100 words she uses to communicate. Every now and then she slips in a spoken word- "baba" for milk or "oooh" for cheerios. But for the most part she tells me what she wants through gestures and signs, and I'm learning that there is more to language than "speech".

Take for example this video. It is priceless to me. I watched it three times before I realized- she's telling me that her baby is sleeping. I was so caught up in listening to Lily's sweet little song, that I almost missed her word- sleep. (and for those readers not familiar with American Sign Language, the sign for "sleep" is the sweeping motion she is making across her face at the end of the video.)

"It is only with the heart that one can see rightly. What is essential is invisible to the eye." ~ Antoine de Saint-Exupéry, The Little Prince
Posted by Patti at 10:45 AM

How sweet! I caught sleep...it is one of Hailey's faves (it is generally followed with her cracking up laughing...I can't figure out it she is tickling herself or if she is saying "sleeping...not a chance")

She is so precious. Thank you for sharing.

I think that speech is closer then you are daring to hope for! This is one smart little girl.

Love that video! Oh trust me kids with ds DO talk and so will Lily! Alayna amazes us daily with how many words she combines into a great, understandable sentence.

She is so unbelievably precious! My Leylie is only a few weeks younger than Lily, and speech is still one of those things waiting on the horizon for our girl as well. It's coming, for the both of them, and in the meantime, they're communicating in their own ways, loud and clear. :)

Awwww I love how sweet and caretaking she is of her baby, I so miss those precious little girl days

I totally agree with you. My daughter is 2 and only says a few words (that I think only dad and I understand). But I feel like she communicates with us beautifully. Sign language is amazing. That baby doll is definitely sleeping!

oh! my! absolutely I think she will talk! Alot! LOL!! Just my humble opinion!
After years of caring for adults with DS we adopted 3 yr old Samson. I asked his teacher, what will we do if he doesn't talk? Because he didn't! That was 14 years ago. School told us "All people with DS learn to talk now!" I was shocked. But thatey were wrong. My Samson still does not talk at age 17. Some days it feels like a guy thing! LOL! He's a man of few words! But I always know what he wants! :o)
(((HUGS)))

So sweet to see her rocking her baby! I'd be entertained all day watching her!

TOO PRECIOUS for words!!!!! Benji is napping now, but I know he will be thrilled for another video when he awakes. Logan just told me that Lily is SMART!! She is amazing at communicating. I always say the same thing about Benji. He is just like all our other two year olds. He cannot say words like they did, but he communicates the same.

Love her kissing the baby:))

Oh sweet Lily I love you!

Oh what a sweet video of Lily and her baby doll. I love the signing of sleep. :)

Thanks Patti for this beautiful posting. You are always helping me to appreciate those with down syndrome more and more. You are truly helping me to have a more Christ-centered outlook. Lily is absolutely smart and precious!

My 4 year old daughter just watched the video with me. She also watches Baby Signing Time and as she was watching the video she said to me "she's signing sleep, mommy. That baby is saying her baby is asleep"

That just blew me away because if you hadn't said anything I would have just thought Lily was brushing her face. But you can clearly see that she signs it and then looks at you and signs it again. And my 4 year old had no problem picking up on that.

So sweet...she is a smarty...I love how she is the perfect little mommy for her baby!!!

I still struggle with that. Beau is 3 and still can't tell me what's wrong. It is one of the most frustrating things. With him being our first I think this is "normal." That's probably a good thing :)

We have a "girl" with DS in our church. She's actually in her 30s, but always seems like a child to me. I love talking to her - she never masks what she's thinking. I know if she's happy or sad or mad about what we're talking about. And I know when I'm explaining something to her exactly when she's gets it.

Lily Anne, you are soooo smart. When you finally learn to verbalize every sign you will out talk your siblings and even the twins. ;>)

We just met our little girl with DS a couple of weeks ago. We are adopting her. She's not quite 3 and doesn't talk yet, and she definitely doesn't understand English, but we had no trouble communicating or connecting with her. It was amazing.

OMG, Patti. That video is just precious! She is too cute!!