what are you giving Jesus for Christmas?

We hear so much about the true meaning of Christmas during this time of year.

It's not hard to lose sight of what that is, given this from the MSNBC.com today:


NEW YORK — More people headed to stores and websites over the Thanksgiving holiday weekend, and average spending per person rose 9.1 percent as bargain-hunting shoppers scooped up discounts on everything from gadgets to hoodies, a National Retail Federation survey on Sunday showed.


Did you catch that figure??

I'm not against Black Friday spending...I went with my daughter and daughters-in-law to brave the crowds at midnight on Thursday to take advantage of those phenomenal sales myself.


But I just wonder- in the midst of all the spending and gift giving- what are we giving to Jesus this Christmas? 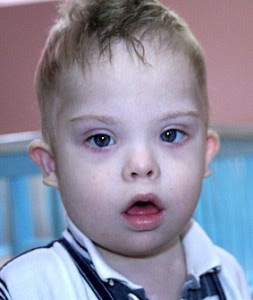 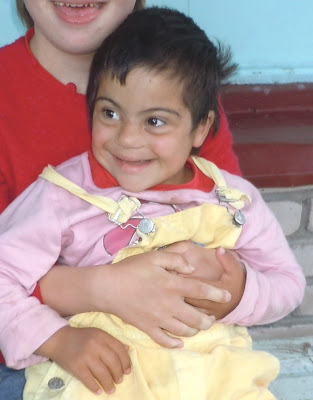 
I know how tight things can be during this time of year. Believe me, with ten kids and a large extended family, I know how hard it can be to balance a budget. But I don't want to leave out the One who is at the center of our family's Christmas season, the One who came to give us salvation, the One whose heart is for the least of these.

If you missed it, we're holding a giveaway for the children pictured above, Robyn and Ty, on Reece's Rainbow.


Robyn is an orphan with Down syndrome who desperately needs a family. We're raising grant money for her in the hopes of attracting a family to come forward to adopt her.

Ty is an orphan who now has a family committed to adopting him. They are traveling this week to Eastern Europe to go rescue him. His family, the Kehm's, are traveling in faith- because as it stands right now they do not have enough money to complete their trip and return home. They did not have a choice in when they traveled- they were given an appointment date on Thanksgiving day, and they are traveling in faith that we can help bring them home. I have every confidence in Lily's readers to help them do so, but I need your help.

I blogged about this giveaway on Thanksgiving Day, because of the urgency of the need. I wish I could say that traffic to Lily's blog was as steady as the traffic to the malls and department stores on Black Friday, but truthfully things have been pretty slow. I've been praying my heart out all weekend that things would pick up- and I know from your emails that so many of you have been as well.

So many of you have given so liberally throughout the year to orphans on Reece's Rainbow. I know one readership can only do so much...so I'm asking for your help in spreading the word that Ty's family needs help. We can concentrate on Robyn as well, but I really would love to tell Julie Kehm that Ty is fully funded before they get on that plane this Friday. The Kehm's Family Sponsorship paypal box is at the top of my sidebar- our goal is to get that FSP to $7,615 to cover their return airfare and in country expenses.

Will you help me spread the word?


If you are sharing on your blog or on facebook, please link to the Pure Love Giveaway 2 (posted below), not this post.

Thank you so much in advance.

Goodness, I LOVE your heart, Patti!!!

You are doing your Master's work, well done :)

Thank you again, Patti and everyone! I am surely reposting this to get these boys home!

Nag, nag, nag...JUST KIDDING! You make your mother proud girlie. Counting the days till we see ya.