Imagine, if you will, a small town in Eastern Europe, five years ago...

...and in that town, a mother, swollen with pregnancy, almost nine months along. Cravings for cigarettes and alcohol override her natural instinct to protect her unborn child, and as a result he arrives in this world several weeks early.

Perhaps tiny for his gestational age, most assuredly struggling from the effects of the substance abuse his mother inflicted upon him, this beautiful brown eyed baby with almond eyes and a tell-tale crease in his palms, is a fighter from birth. Defying the odds, he survives his mother's pregnancy, and takes his first clean breath of air....a moment or two of silence and then a loud wail as his newborn cries fill the room. Is it with tenderness or disdain that his mother views him: this struggling, flailing baby boy, life already stacking itself against him? 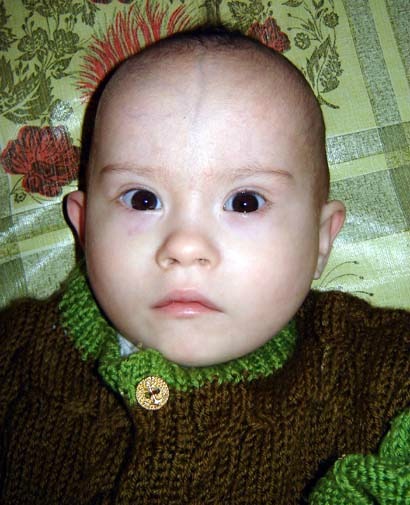 Imagine still, a year from now, that same little boy with those same almond eyes... pools of brown that have witnessed more in a year than any infant should. His mother, bound by her addictions and burdened by his constant need, brings him to an orphanage, and leaves him there, oblivious to his reaching arms and tear-filled cries. Struggling, flailing, he watches as the only source of comfort he's ever known, however lacking, turns her back and walks away. 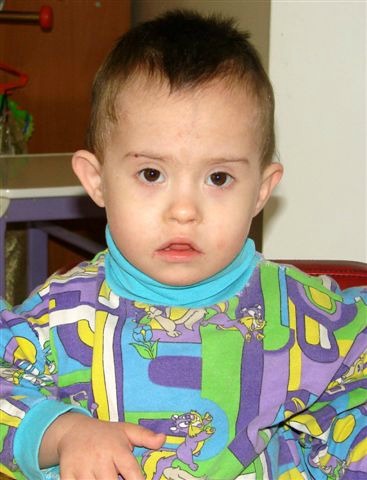 Months turn to years, and this fragile, yet fighting baby boy becomes a toddler. Although he's never known the tender kiss of a mommy, or the caring protection of a daddy in this new world, he is safe. He learns to walk, becomes more active; his life, although secluded, is an improvement from the chaos and instability he was born into. He survives. 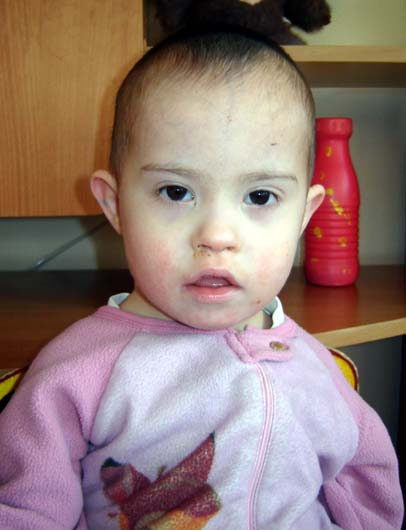 Several more years go by, and that brown haired toddler is now a little boy, a cheerful grin stretched across his face and delight sparkling in those almond eyes, as a photographer snaps his photo in the orphanage nursery. He's never known the the love of a family, perhaps has watched too many playmates come and go in this land of limbo known as the baby house, but Artem is a survivor. He waits and watches, hoping someday his forever family will walk through those doors, someone to come and take him home...where he'll truly be home. He waits and watches...he survives. 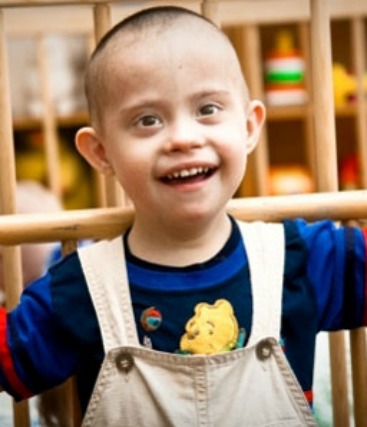 And one day, a day seemingly the same as all the other days - days piled upon each other to make this life, the only life Artem has ever known - they come.

They come in white coats, and with gray faces lead him to another room where they will dutifully examine this almond eyed little boy, the brown haired angel with the impish grin and fighting spirit. Medical data is recorded in his file, his transfer papers pass hands, as tired caregivers exchange worried glances with one another...these are Artem's last moments at the baby house, the only home he's ever known save that first home, the one that time and heartache has all but erased from his memory. Sensing something, he looks up uneasily into his caregivers' eyes - what is it that causes them to look so pained, so full of apprehension?

Suddenly, before he can comprehend what is taking place, what cosmic shift his universe is about to experience, firm hands are leading him down the hall, away from those who were family, away from that which was home. These hands lead him outside, and the cold air comes as a shock to the little boy who has rarely been outside his orphanage. He tries to turn, to run back to the safety of the baby house, but again those resolute hands catch his shoulders, as he is placed firmly, deliberately, into the waiting vehicle.

Minutes pass, perhaps hours, as time loses meaning for the little boy. At last the vehicle makes a sharp turn and pulls into a lonely driveway - a crumbling cement building looms ahead, its exterior as cold and gray as the sky above it. The door opens, and the stranger once again takes the almond-eyed boy by the hand, but this time Artem resists. He is a survivor, a fighter, and he will not go willingly to this chamber of death, this cold and frightening place that already bodes terror, the wails of its inhabitants escaping from within. Behind him, the vehicle lurches, moving away from the pitiful scene. Artem turns and cries, and running to it grasps frantically at the door, trying to climb back inside to safety, to escape this inevitable future. But his efforts, those of a small and frightened little boy, are futile... as futile as the cries of desperation filling that gray evening sky.


Artem is a survivor, a fighter... But there is no place for such qualities in the horror,
the hell
that is the institution.


And now, dear friends, the choice lies with you. Will you help save Artem? Will you listen to his cries, those fear-filled wails of anguish that call to us from across the ocean?

Or will you shake your head in disbelief- sensational, you say, or - how can we know if these things are true?

While it is true that I have pieced the first part of the story together from the tiny paragraph under Artem's name on Reece's Rainbow, and elaborated on that description...the ending of the story is based on an eye-witness account of a different little boy's transfer, just two weeks ago. An adoptive couple, rescuing their child from the institution, watched in horror as that scene unfolded before them. The boy in that real-life scenario was not Artem, but another almond eyed and brown haired little boy, whose fate had seemingly been sealed that day.


God intervened, and now that little boy is being rescued, because a family committed to saving him not one week later. His fate has been changed, and because I do not want to jeopardize his adoption, I will not post his name here.


But Artem still waits at his baby house, those shining, almond eyes filled with hope that one day his family will come. He turned five last June, and as stated on his profile on Reece's Rainbow, he is at significant risk for being transferred to the institution.

God is moving on hearts for Artem, and in two days his grant fund has risen by almost $300.
I'm challenging Lily's readers to donate $5 to Artem's grant fund. That's it.
FIVE BUCKS.
Back in February Artem had a decent sized little chunk of a grant. We added him in during our Pure Love Giveaway, and thanks to the generosity of so many like-minded people, his grant fund rose to over four thousand dollars. Last month a little boy on RR went home to be with his birth family...Andrea allotted that little boy's grant fund to Artem, and now he has $7,423 $7,687 !!
We have 29 days left to raise that grant fund to $10,000.
Do you believe we can do it? I DO.
FIVE DOLLARS is all I'm asking.
I asked my wonderful friend, Michelle Z, at Reece's Rainbow to hook me up with a paypal gadget for Artem for my sidebar, so that you can donate right here, and watch his totals rise each day.
Lily has 634 followers. Multiply that times 5 and Artem will have well over $10,000.
My sweet friend Julia, who is partnering with me to save Artem, has quite a large following on her blog as well. Multiply those followers by five bucks each and Artem is well on his way to $13,000.
And honestly? That size of a grant will guarantee him a family.
I've said it before, but it's not a lack of families that stops these kids from being adopted,
it's a lack of finances.
FIVE DOLLARS.
What is five bucks? It's a Starbucks latte. A burger and fries. A magazine. A tip at a restaurant.
A little boy's life.
Because five dollars multiplied by several hundred readers will literally save Artem's life.
I can't think of a better way to raise awareness for Down syndrome, then by ringing the bell loud and strong for one little boy, waiting thousands of miles away in an orphanage
for his mommy and daddy to claim him.
SPREAD THE WORD- ARTEM NEEDS A FAMILY!!!

And just because I promised, here are some sweet pictures of the Lilybird, my almond eyed little gift from Heaven... 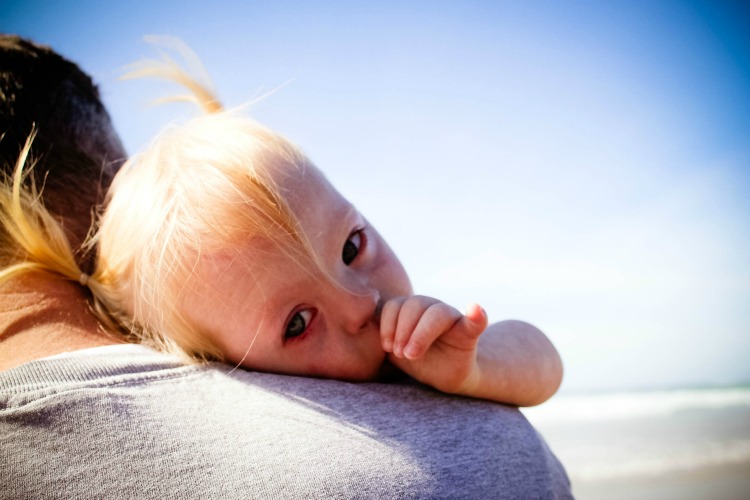 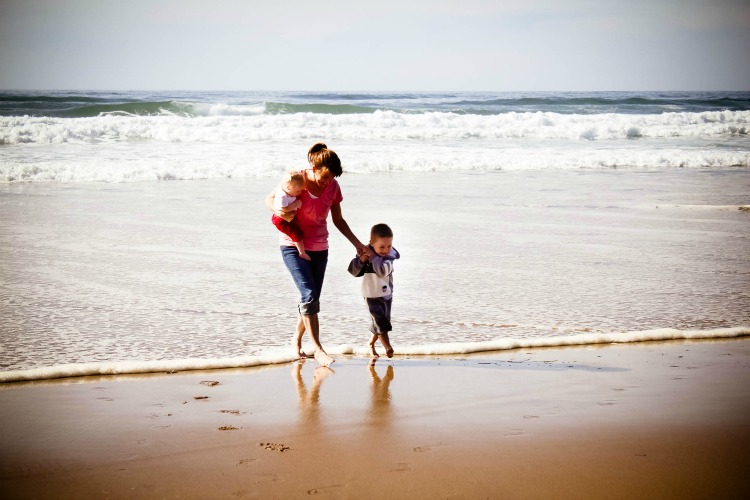 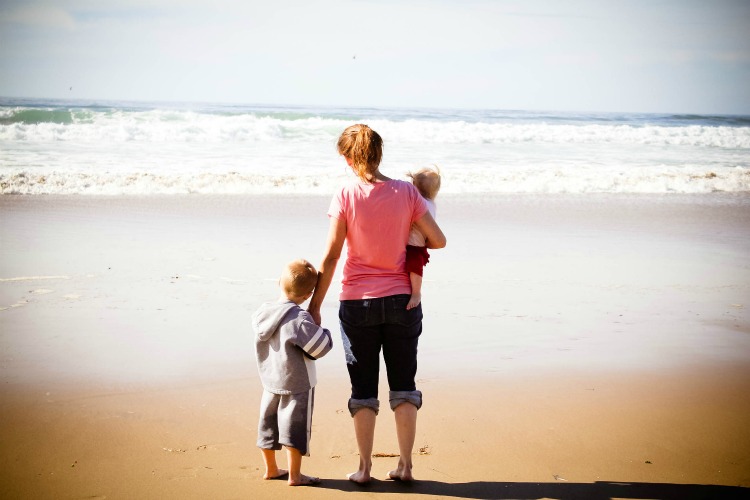 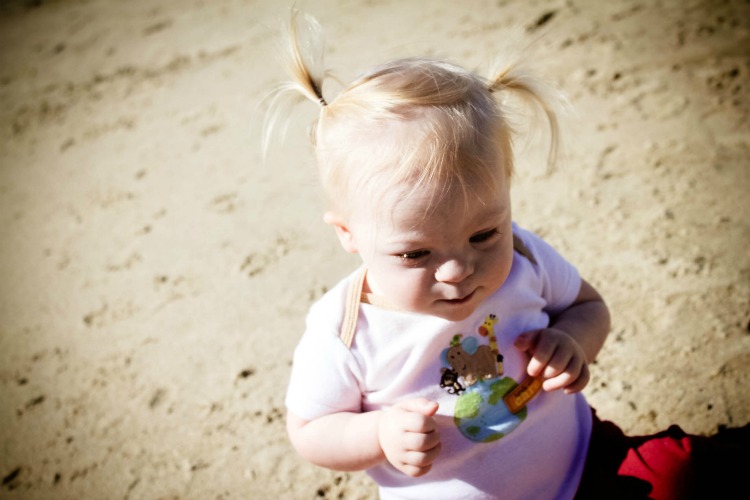 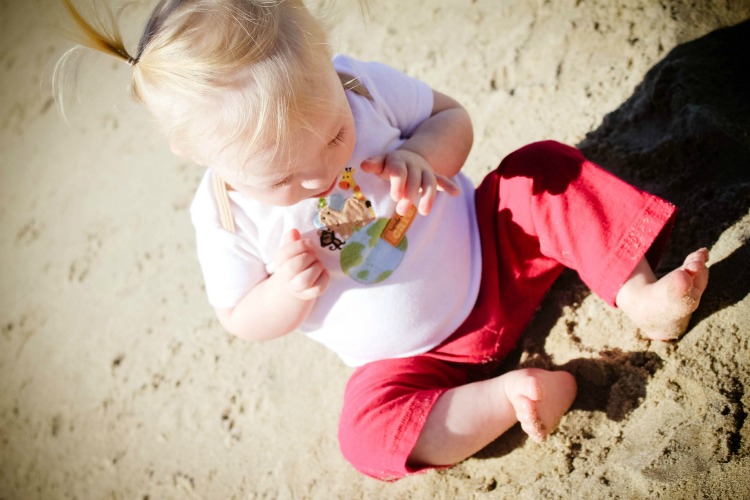 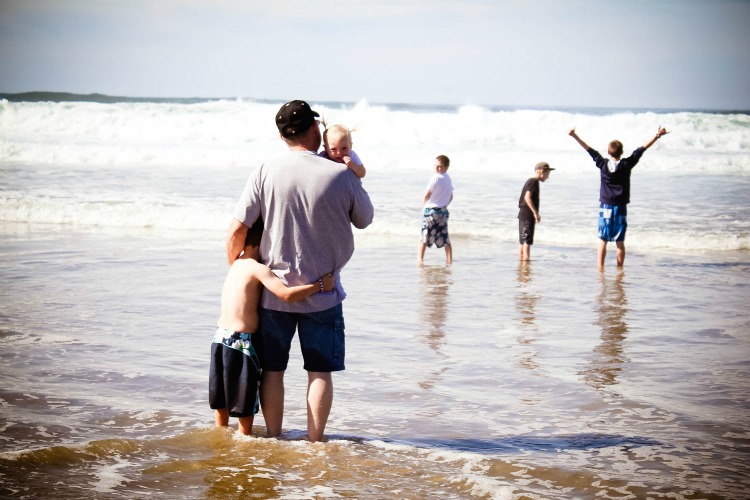 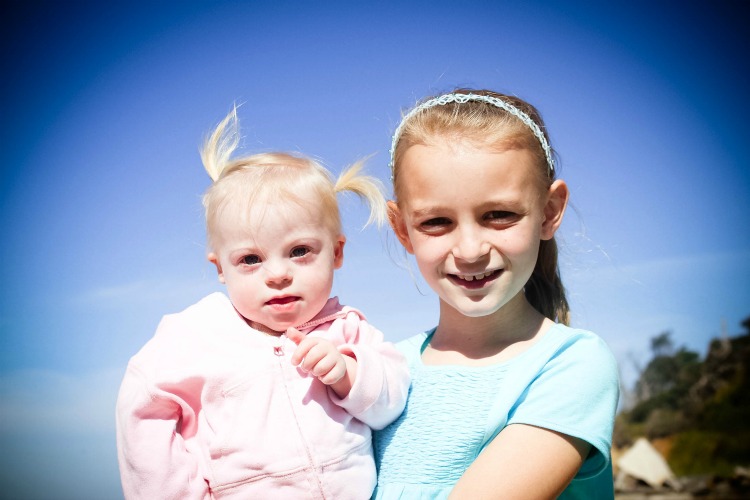 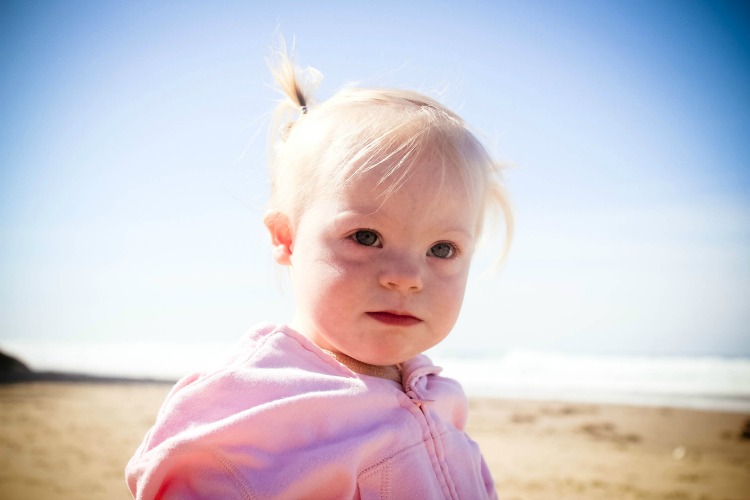 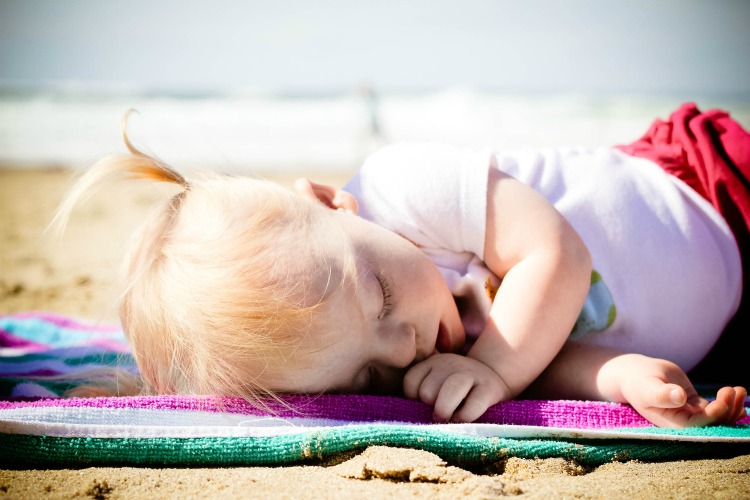 Love you and your big heart for orphans my friend.

Patti, what an amazing post. So moving and beautifully written. Excellent Lily photos too.

My heart is breaking......every child deserves the love of a mother.....I will send my support. Oh how I wish we could adopt.....

Just made my donation and will I will also continue praying for Artem. Thank you for your persistence and your love for orphans Patti.

I shared your blog on Facebook, hoping to watch Artem's fund skyrocket!! God is great and I continue to pray for a happy, loving family for this sweet boy :)

Just donated. Thanks for being the voice for all the unheard children.

Just donated. Thank you for writing and advocating on behalf of this little guy. I must admit your post was hard to read. I can't help wondering how many other little children meet the same fate every day.

Love your vacation pictures. Sweet Lily is looking so grown up these days - must be the pigtails.

Perfectly written!!!! I am SO sad that Artem was transferred. Donating and praying that he is rescued FAST!!