Can I just say that you people are fan-flipping-tastic?! Seriously, in one day little Artem's grant has risen by $150! I am going to be making the FIVE DOLLAR CHALLENGE every day for the month of October, hoping to get Artem to $10,000...and if he makes the same progress every day that he did yesterday, that goal will easily be met. Easy peasy lemon squeezy! 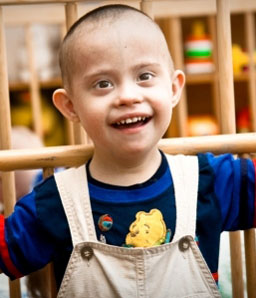 If you missed what's going on, here it is in a nutshell...
I'm challenging Lily's readers to donate $5 to Artem's grant fund. That's it.
FIVE BUCKS.
Back in February Artem had a decent sized little chunk of a grant. We added him in during our Pure Love Giveaway, and thanks to the generosity of so many like-minded people, his grant fund rose to over four thousand dollars. Last month a little boy on RR went home to be with his birth family...Andrea allotted that little boy's grant fund to Artem, and now he has $7,423 $7,566 !!
We have 30 days left to raise that grant fund to $10,000.
Do you believe we can do it? I DO.
FIVE DOLLARS is all I'm asking.
I asked my wonderful friend, Michelle Z, at Reece's Rainbow to hook me up with a paypal gadget for Artem for my sidebar, so that you can donate right here, and watch his totals rise each day.
Lily has 634 followers. Multiply that times 5 and Artem will have well over $10,000.
My sweet friend Julia has quite a large following on her blog as well. Multiply those followers by five bucks each and Artem is well on his way to $13,000.
And honestly? That size of a grant will guarantee him a family.
I've said it before, but it's not a lack of families that stops these kids from being adopted,
it's a lack of finances.
FIVE DOLLARS.
What is five bucks? It's a Starbucks latte. A burger and fries. A magazine. A tip at a restaurant.
A little boy's life.
Because five dollars multiplied by several hundred readers will literally save Artem's life.
I can't think of a better way to raise awareness for Down syndrome, then by ringing the bell loud and strong for one little boy, waiting thousands of miles away in an orphanage
for his mommy and daddy to claim him.
SPREAD THE WORD- ARTEM NEEDS A FAMILY!!!
Let's keep this party going!!
And now, as promised, some delicious Lily photos.
Some of my favoritest ev-uh. 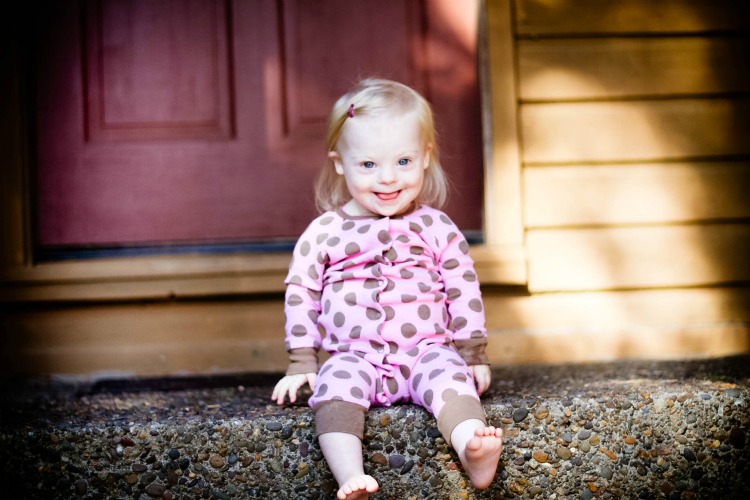 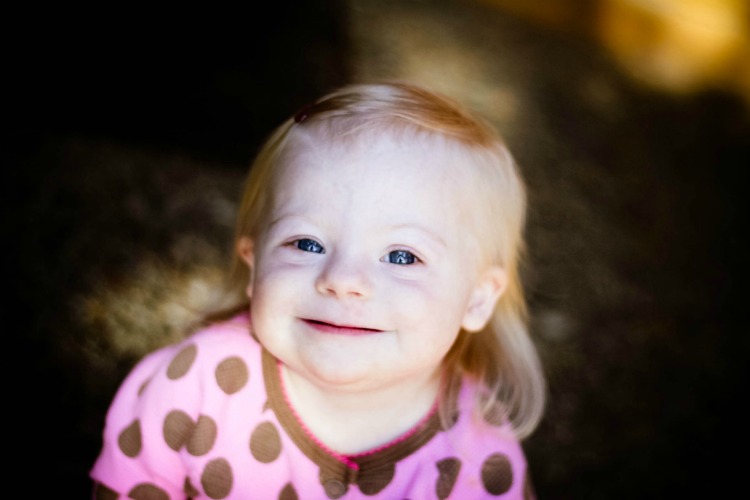 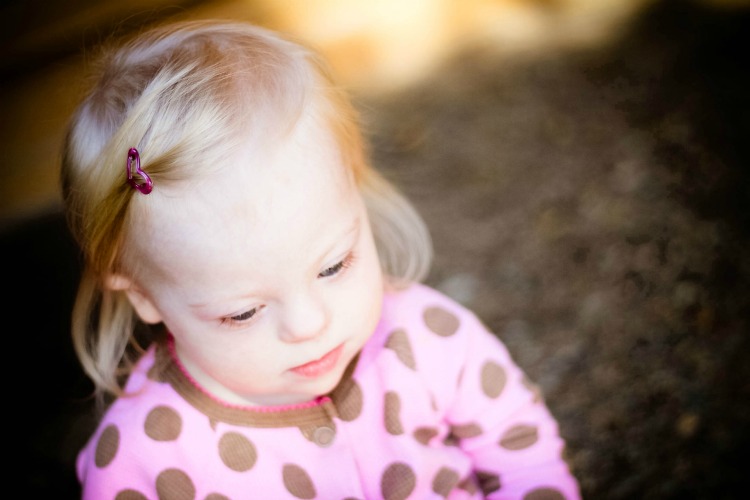 Is she not the cutest thing you have ever seen?!?

I know I'm a bit biased. There are probably 42 moms reading this, ready to argue that point. After all, doesn't every mom think her kid is the cutest??
But mine is.
SERIOUSLY!
Okay, well, she's in the top ten:)
And guess what?
She reads....
Okay, maybe not complete sentences, but clearly she is telling a story here!
You want to know a little theory of mine? I think we haven't even begun to see what our kids with Down syndrome are capable of. I think we've come so far in the last 30 to 40 years, from when we used to shut our kids away from society, in institutions, or at the very least, out of the classroom and the work place, and the mainstream. I think we've come so far with new therapies and strategies for teaching our kids, that this world hasn't even begun to see what people with Down syndrome can accomplish. 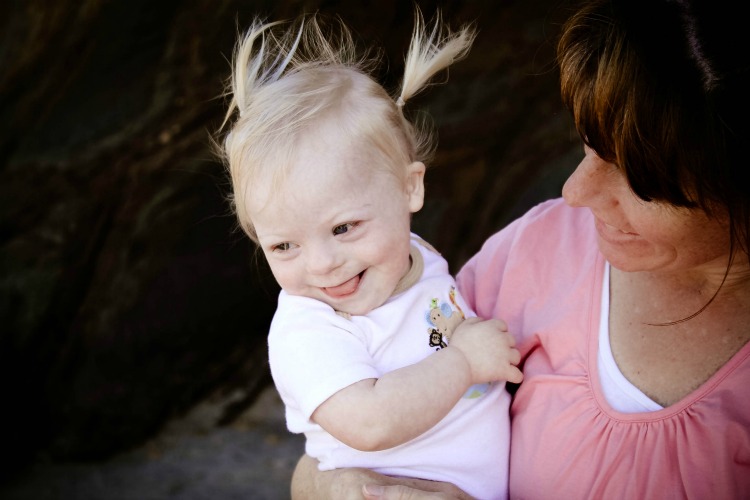 I do believe that even if Lily never spoke one word, or learned to walk, or read a book, or played an instrument, or rode a bike, or drove a car, or went to college...she would be worthy of life. Those things do not make up Lily's worth, but at the same time I believe she is going to rock that extra chromosome like nobody's business, and when she does you can be sure I will be grinning my silly head off and saying "I told you so." 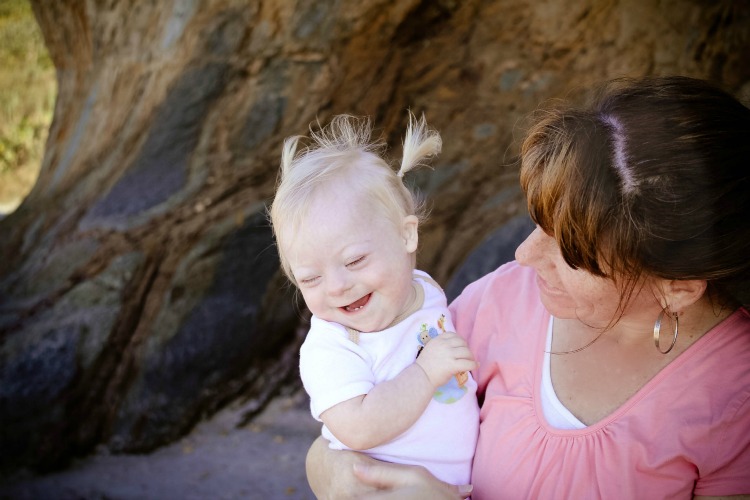 If you're a new mama maybe struggling a little with a diagnosis of Down syndrome, you hold your chin up high, because there's never been a better time to be raising a child with special needs than this day. We have come so far, and to coin my husband's favorite phrase, our kids are going to
blow our minds! 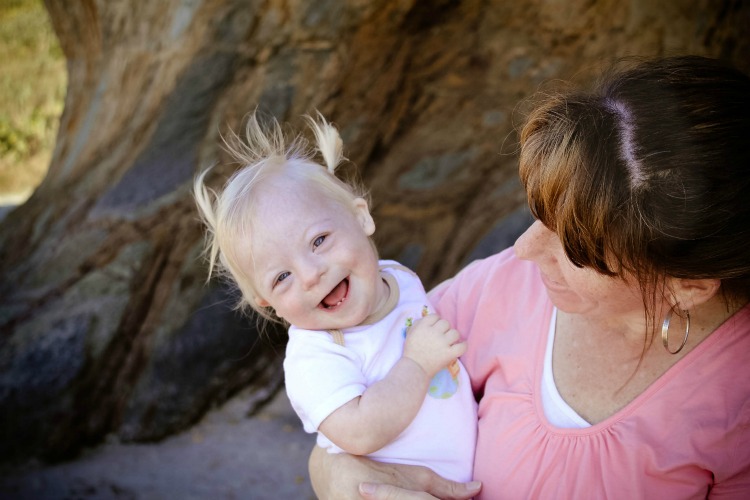 Can I get a witness?!
Happy day two of Down Syndrome Awareness Month... lots of reasons to celebrate, and I'm so blessed to be a part of it all!
P.S. If you haven't yet, don't forget:

SAVE ARTEM!!
P.P.S My beautiful friend from the other side of the ocean, Jane, came up with a fabulous idea to help orphans, called Sharing Sunday. Stop by here to see how you can help, and link up!

your enthusiasm is contagious!
the pictures are spectacular

happy to donate to Artem

I look forward to talking to everyone 20-25 years from now when we can chat about how amazing our children still are!!

I love that first pic of Lily! Beyond adorable!

And of course, please feel free to use that quote too! I loved it!

Lily is precious as always! Artem is on my heart and I acted on your challenge times 5. Now I will keep him in my prayers for a family! Keep loving like you do :D (rather told you privately, but I couldn't find a way to send an email).

Hop on over to Jane's blog Flight Platform Living. It has "Get the code here". Click on that. Cut and paste the code onto your blog (you have to go into HTML mode). Republish your post--it will then show all of the other blog hoppers :)

btw, I did check my blog and Janes--Artem is showing up :)

Just donated! Praying for a family to come forward soon!

Lily is sooo blessed to have you for her Mama. I'll be donating to Artem.

The video of Lily reading is adorable; Miss K has started doing the same thing: looking through a book and "reading" it. I so agree with you ... our kids are going to blow everyone's minds. There is no limit to what I believe our children will do in their lives. :) And, I am praying for a family for Artem.

Lily's pics are incredibly adorable! Love the little hair clip. (-: I agree with you- our little girls are going to truly amaze the world!

Lily is just the cutest!!!! She is contagious!! I was just looking at Artem on RR the other day and wondering about him. SO excited that you all are doing this for him. Love you, Cara

You have been posting the most adorable pictures and videos I have ever seen!! Love it :)

That Lily of yours is just the sweetest little girl! And here's to little Artem finding a family soon!

Lily will be nothing but the best because she comes from the best!!