Just a quick update on Teri Lynn- if you haven't had a chance to read her story, you can do so HERE. She now has $16,405 in her grant fund..and when the matching funds kick in she will have over $20,000. My friend Adeye blogged today that there have already been multiple families inquiring about adopting her- I promise to keep you up to date as soon as I hear the wonderful news that Teri Lynn has a family. As always, I am amazed at what God can do through the blogging community.

And speaking of that...I've said so many times here that one of the things that got me through those early months of Lily's diagnosis was this land of blogs. One of the first that I found has remained to this day one of my absolute favorites. I first fell in love with little Charlie- but who couldn't with those gorgeous blue eyes and sweet mop of blond hair- and immediately felt equally drawn to Libby's beautiful and poignant writing. Her blog details her life spent raising her children, and although Down syndrome plays a part in that, it doesn't dominate. Her writing was an anchor of normalcy for me to hold onto when doctors appointments and therapies suddenly filled up my calendar, and I wondered what our daily life would look like years down the road. I subscribe to her blog through my gmail account- I always feel a little rush when I see see her latest post in my inbox, because it's like a letter from a dear friend. I love her photos, her perspective on life, her humor, and her heart for orphans...I just can't say enough about Libby Hodge and her blog, Blessings and Glory. 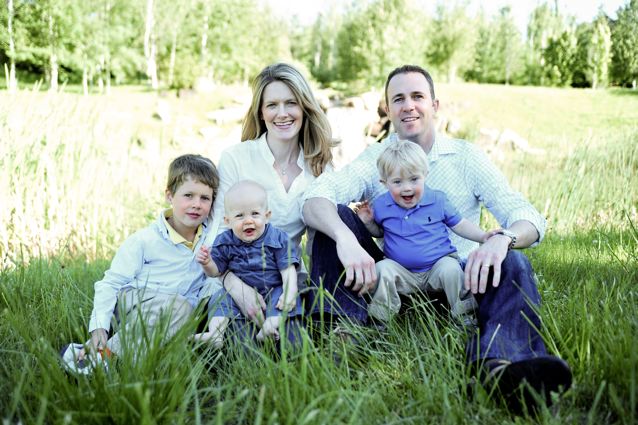 When Patti asked me to write a guest post I was both honored and thrilled. Her request was also timely as this Saturday marks the third anniversary of our family blog. And while that might seem like a silly milestone, it also represents the opening of a window of sorts. You see for the first year of our now almost four year-old son Charlie’s life I lived in a vacuum. After his birth and diagnosis of Down syndrome, I felt isolated and alone. I lacked the support system I desperately needed as a mother starting out on a whole new journey of parenting.

Somewhere or somehow, I stumbled across a blog right before Charlie’s first birthday. As blogs tend to go, I was quickly smitten and found myself immersed in the stories of many families. The best part? Most families I was reading about shared something in common with us – they were also raising a child with Down syndrome – and yet this really big deal only seemed to play a small role in their lives. I devoured each story, each picture and the honesty of each word. Seeing other families simply live their lives – even while raising a child with Down syndrome - gave me hope. 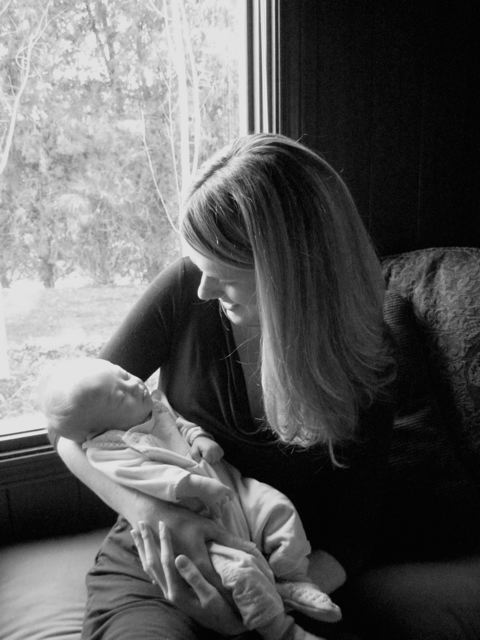 I was encouraged to share our story. If I could offer just a sliver of the hope I had discovered online with another family, then it would be worth it. So I set out to write Charlie’s story, which has also become our family’s story.

Initially, the words were slow to form. I had to find my own voice in a world filled with skeptics. I know this sea of negative opinions exists because I once swam in it. Before Charlie, I believed that children who were “different” could only be a strain on life. It wasn’t until my own feet were held to the fire that I realized the real challenge; my discomfort with disabilities had nothing to do with Charlie and everything to do with myself.

In this new life I was certain anything that fell under the realm of “normal” would no longer be a part of our family. Perhaps this was because every authority figure we met early on would repeat ad nauseum a list of all the ways my son was and would be different. Yet they never mentioned he would devour raspberries, adore his brothers, love to dance, have an infectious smile and the bluest of blue eyes. 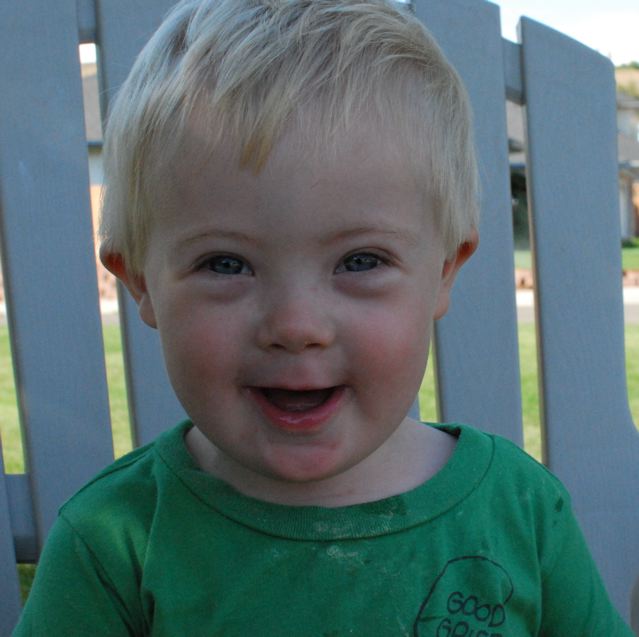 It was a challenge to balance my emotions - which vacillated between broken, scared and fearful, coupled with an undeniable and unconditional love for my son - let alone write about them. How do you put into words the joy and happiness that can grow from grief and fear?

Often I’m asked about Down syndrome and more specifically how it separates Charlie from my other sons. I struggle with this question because it’s hard for me to say how he compares to his brothers. It’s true that every single cell in his little body is different, yet for the most part he is no different from them. 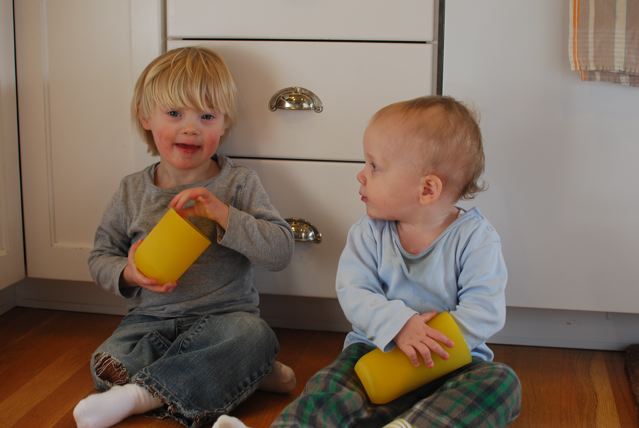 The differences between Charlie and other “normal” children often emerge in quirky little ways and not necessarily great big ones. For instance, Charlie didn’t walk until he was two years old, which was due to the effects of Down syndrome. But I’m pretty sure that Charlie’s love of books has nothing to do with him having Down syndrome. I can’t help but catch myself wondering: How can my son be fundamentally different yet fundamentally the same?

Perhaps this is why I dwell on the simple moments of our days. Brothers playing side-by-side, family dinners around the table, a morning at the park. These moments hold weight, revealing the true value of this life. 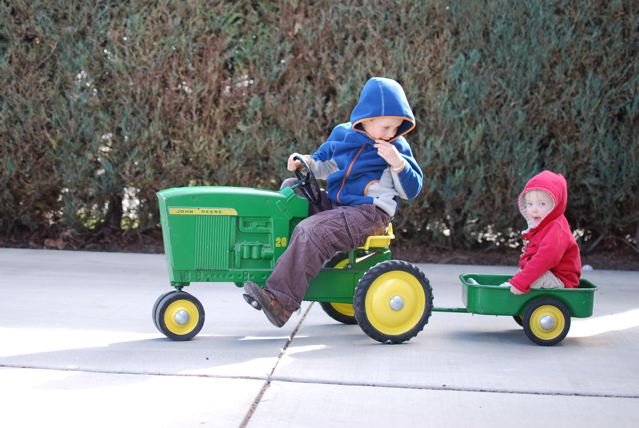 Somewhere along this journey I took off my brave face. I don’t know when or where, it just happened over time. Fear and anxiety miraculously gave way to wonder and joy.

Something happened while I prepared to move mountains for my sweet boy. While I was gearing up to fight a war against my fears, this perfect little boy was working his magic. And in almost four years, my precious boy has impacted the lives of more people than some could hope to reach in a lifetime.

I’ve heard many stories of family and friends who now approach life differently simply because of our towheaded son. Striking up a conversation with the young man with Down syndrome who is bagging their groceries. Refusing prenatal testing because they are no longer fearful of the “what ifs.” Discovering the goodness and grace of Jesus, even accepting him as their Lord.

All this because of a little boy who is simply living the life that God gave him to the fullest. 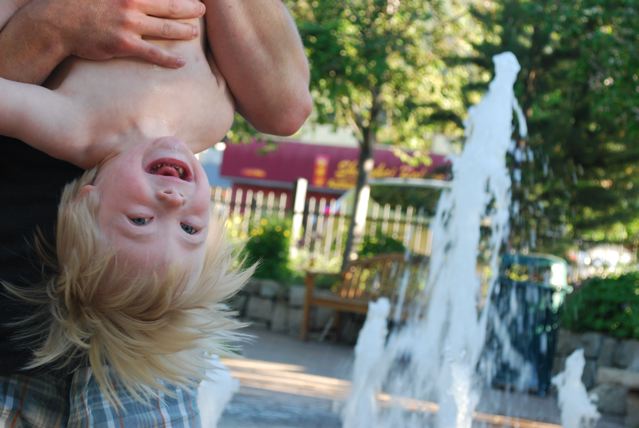 It also isn’t much of a surprise that because of Charlie, my heart has been cracked open and filled with a love and passion for others with Down syndrome who don’t have a voice; specifically orphans.

Of all the paths in life, this is not the story I imagined. Before Charlie I’m ashamed to say I didn’t know the first thing about people with handicaps, nor had I put much thought into the true value of each and every life. But here I am; the subject of orphans, international adoptions, special needs and acceptance weigh heavy on my heart and mind. These topics spark a fire in my heart. Whether it’s our own child with Down syndrome, or one that lives across the world it doesn’t matter; their life has value. We can’t reason or rationalize them out of existence. Call it what you will, a choice, a quality of life issue, a burden too great…created in His image. Fearfully and wonderfully made. I’ve made a promise to lend my voice, to share their stories.

Sometimes I wonder why it took having Charlie to make me realize this whole world of disability even existed. Yet the moment he was placed in my arms I knew that I would do anything for him. I’ve often joked that God didn’t really need to go to such extremes to get his “lost sheep” back, but part of me thinks he did. He will go to great lengths to keep his flock together.

Occasionally I fear my words fail to explain the journey that we have been on. How do you explain to the world what a blessing your child is? The joy he has brought to this life? Quite possibly it isn’t important. Or necessary. But I do know that together, as a family, we head confidently into the days ahead. 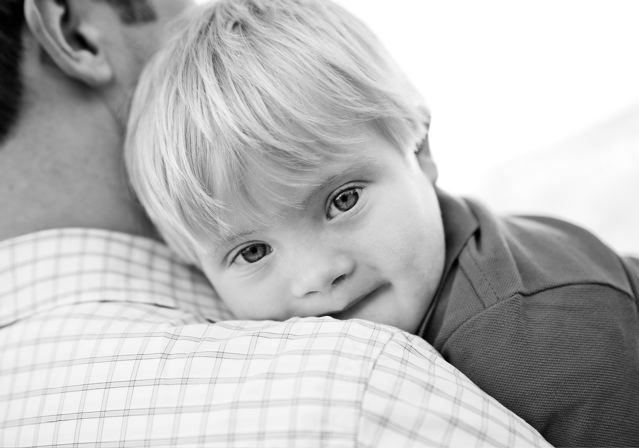 Our youngest of four has DS, and we love her so much! Sure, she has her moments, but that's because her sisters spoiled her to death :D Thanks for sharing your feelings in words, and the pictures are so cute!!

Love it. Going over to follow right now. Spoke so clearly to my heart...

This was beautiful!! Loved it! I am also going over to follow :)

What a handsome little guy Charlie is, with those sweet blue eyes and even sweeter smile. Want to reach out and squeeze him, hug him and cover is cute face with kisses. What an eloquent writer. I picture her as so soft spoken, calm and very loving.

Thank you again for the encouraging words to us mommas a little further behind you on this exciting road of faith and our designer babies :) I'm so encouraged. I wanna be like you and Patti when I grow up!

Patti,
Thank you for sharing this beautiful post. Thank you for advocating for these beautiful children. Thank you for your heart. Thank you for your heartwarming pictures. Thank you for being public :-)
I'm going private (my blog has to come down due to hubbies upcoming political campaign) and I'm afraid I will miss your posts. Favorites are good, but I was hoping you might add my email address to your blog permissions so that I get an email when you post. I don't want to miss!
I have to also say how much I LOVE your music! I am always shocked and surprised by the choices I hear when I pop over to your blog. They are just the music that I do or have listened to! Ennio Marricone's Mission was a part of our wedding almost 20 years ago! Beautiful.
So, thank you too for your music!

I don't have a child with DS but I do have a heart for them! And through your blog and others I am more aware of DS an of the ministry through Reeces Rainbow. I am so blessed to have found these blogs, which opened my eyes to the need of others and showed me a way that I can help make a difference in a child's life! Love this post thanks for sharing!

Hey Patti, Libby's blog is also a life line for me as is yours. Can't think of a better post to read, a collaboration by two women who inspire me the most.
Thanks to both of you.

Libby, you were one of the first T21 blog moms to reach out and encourage me when you sent me that free book with a kind, personal note. :) And your honest writing always resonates with me, as I have a similar serious nature. Thank you so much for continuing to hang in there with the blogging. You have blessed my life!

Libby, you know how you inspire me my friend, congrats on 3 blogging years! XO Parker and Charlie are lucky boys!!!! or wait, we are lucky Mommas!