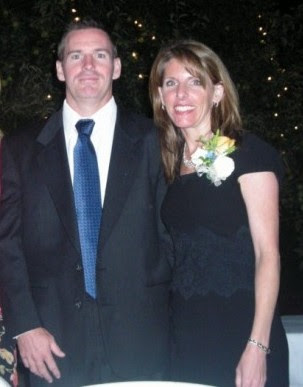 I wanted to introduce you to your Uncle...he is my very favorite brother in the whole world. Of course, I only have one brother...but I if I had another one, Uncle Chris would definitely be in the top five. Your oldest brother, Jason, was born on Uncle Chris's birthday, so we named him Jason Christopher in honor of Uncle. Many years later, Uncle Chris's wife Lori had twins- and they named one of them Jason Patrick in honor of me. So you see, Uncle and I love each other very much.

We are both extreme mockers. I share his cynicism, and his sarcastic nature. We both love funny movies, and we used to get in trouble all the time at the dinner table for laughing too much. Our family owned a cabin in the mountains growing up, and one night Uncle and Aunt Hopie and I stayed up hours making silly shadows on the wall with our hands, laughing ourselves into hysteria. We also made up a game called "Make Me Laugh" that we played on the cabin porch, and we frequently blackmail each other with our antics that day.

Uncle likes us to believe he is a federal agent, but I really think he just sits at a desk blogging and reading other people's blogs, and surfing the Internet all day. I don't know how one person could read so much, and have such a wealth of worldly information and statistics and politics and sports and current events and history- and still work a real job.

Uncle brings humor to every situation. Once when he was a police officer he had to go assist a guy who was in a bike injury, a bad one. The guy was lying on the ground in agony, and I believe he was some kind of medical professional. He asked my brother if he could see his wrist bone sticking out of the skin and Uncle said something like "Well, I think I could hang my keys on it..." I think I could be on my death bed, and Uncle would find something humorous and sarcastic to say to me.

He tries to act like a tough guy, but underneath it all he has a very tender heart. He adores his wife and kids, and he works so hard for them. I don't think I've ever heard him say I love you, but I know he worships the ground I walk on. He has to, I'm his big sister, and always will be.

So Lily, I just wanted to tell you about Uncle, so that some day you can say "I knew you back when..." Just this morning, he commented on your blog...and his comments will give you insight into his personality....

Uncle : I'm gonna make a prediction: a normal Rice Kid (as normal as they get over there). Its silly, its like a "due date," based on a measurement? Are you kidding me, they never get that right? This is all these doctors do - and they can't get it right? Its not like the doctor says, "Well I'm upping your due date, I was wrong because I've been spending alot of time focusing on my elbow surgeries lately." They don't do elbows anymore, an elbow specialist (ES) does! These clowns just do baby births! Think of the doctor on Little House on the Prairie - that guy had to do ears's, noses, throats, babies, headwounds, and deliver baby horses - ALL WITHOUT AN ULTRASOUND!!! So next time you talk to you "doctor" - ask him, "How would YOU get a softball out of Mr. Edwards throat?....I didn't think so!" and leave.

See what I mean, Lily? He is CRAZY. I love him so much, and wish every day he lived by me, and not many states away. I hope you get to meet him when you're a baby, and not years later. He may tease you about your name- he already does. But just know that he really is a cool Uncle. Even if he does play a lousy game of ping pong.

Hey Pat! You. Me. Ping pong. Two hits. Me hitting the ball. Your jaw. Hitting the floor when you can't believe the speed, accuracy, etc.