Just a few photos from the last couple months… I’m going to publish this and see what happens 😅
Posted by Patti at 9:41 AM No comments:

Trying out Blogger’s updated phone app to see if it actually works ...

I’m blogging from my phone in the hospital, so hopefully this works !

First of all, thank you so much for all the love and prayers on my last post - I’m so glad to have long time faithful readers still here supporting us. You all are the best !

Tuesday morning we came up to Doernbecher Children’s Hospital to see the pediatric pulmonologist .. the first thing he said when he walked in the room was that neither he nor the radiologist felt the mass on Madison’s CT scan was anything other than very swollen lymph nodes due to her ongoing pneumonia episodes over the last four months. I can’t even describe the relief we felt with those words. He went on to say that he believes this is a result of chronic aspiration - even though we were thickening all of Madison’s liquids, everything he saw indicated that she has still been aspirating. He immediately called the pediatric department at the hospital to see if they could get us admitted, but there were not beds available. We went back home (2 hours away) to get things situated with our kids and Wednesday afternoon the hospital called to say they were ready for us. We checked in last night and Madison had an IV put in for antibiotics, and this morning she had a swallow study done.

If you’re not familiar with a swallow study, it’s pretty simple - a speech pathologist and X-ray tech work together to take live images of Madison swallowing different consistencies of food and liquids. What was discovered was that Madison is continually aspirating on all liquids, even thickened ones . This is a different result than what was show last August, and obviously is the reason she has had six bouts of pneumonia since December. She showed absolutely no signs of aspiration while she was swallowing- she looked as comfortable as could be - which is called silent aspiration and which is why we have had no idea that all her liquids are going directly into her lung.

Right now we are waiting to see if the ENT, pulmonologist and anesthesiologist can coordinate their schedules tomorrow to do a bronchoscopy and endoscopy on Madison ... it may be that she has a cleft  in her esophagus that is causing this aspiration (we are actually hoping that is the case because it’s taxable !). If she does have this cleft, they will repair it while they are doing the procedure. If she does not, then she will go home on a feeding tube and we will be working with a speech pathologist on helping her to learn how to swallow better - and it could also be that she just needs time to develop  this skill .

So for a few hours we wait to see what the plan is, but right now she is sleeping comfortably now on daddy’s tummy .. I am feeling sooo relieved that we have answers !!!

I’ll blog again more when we know what is happening, but thank you against for your love and comments and prayers - we appreciate it all so much .

The last time I blogged we were going on vacation for our 30th wedding anniversary. The day after we came home, Madison came down with a fever and ended up being admitted to the hospital for pneumonia. Before Hawaii she had been in the hospital for ten days due to pneumonia and the human metapneumovirus. The rest of the summer was spent in the ER or hospital or doctors' offices for repeated bouts of pneumonia and low oxygen. In August she had a swallow study done that showed she was aspirating on thin liquids. We began thickening her liquids, and by September her lung issues seemed to be resolving.

In the midst of all this, we faced a very intense time during which another family in another state was trying to apply to adopt our grandson, Baby L - Jason and Naomi brought him home from the hospital and had been parenting him for two years, but because the other family had adopted his half sibling they were attempting (though never having met him) to appeal through DHS to take him.

Because of my time being consumed with Madison's health, and because the whole situation with Baby L got very ugly (long long story for another time) I stopped blogging. I did not want to take time away from my family to blog, and I did not want a family in a different state looking up our family online for privacy reasons.

On top of all this, Photobucket- who has hosted most of the photos on my blog for over eight years - started a new policy whereby I would have to pay hundreds of dollars a year to restore those photos to my blog. The thought of going back through my files to try to replace all those posts with the correct photos was, as you can imagine, daunting. And not something I had time for.

Fast forward to last December. Another long story, but Madison has been in and out of the hospital, ER, doctors' offices, etc. for six (or maybe seven, I've lost count) episodes of pneumonia. It's hard to describe in one blog post what we have been through - physically, mentally, emotionally.

Yesterday - after spending yet another long night in ER- Madison had two CT scans done that showed   a large unidentifiable mass in her right lung. Previously this was thought to be pneumonia - yesterday it was determined to be something else.

What that "something else" could be is a number of things, ranging from something as simple as a cyst, to the very worst. Tomorrow we meet with a pediatric pulmonologist in Portland at Doernbecher Children's hospital to discuss what the next steps are.

Which is why I am back.

I'm sorry for the blank spots where lots of old photos used to be in my blog...sorry for my long unexplained absence (so many of you emailed privately asking if everything was ok - thank you for still caring.)

I honestly don't know what the future holds - maybe it's a simple fix for our Bunny and life will return to normal... as normal as things will ever be at The Rice Ranch.

And maybe there's a different road ahead that we haven't been down before, one that requires more faith and more patience and more trust in God than I've previously required.

Whatever the future,  I know God is in control and will walk through it with us.

And I'm just hoping you will too.

Friends and followers of this blog have seen us through some pretty trying times in the past. I'm grateful for whoever is out there who is still open to following along today and in the days ahead.

I don't know how often I'll be blogging, but I do want to keep friends updated on what is happening with Madison.

If you're still here, leave a  little note in the comment section ? I'd love to know we have lots of people praying for our Bunny. 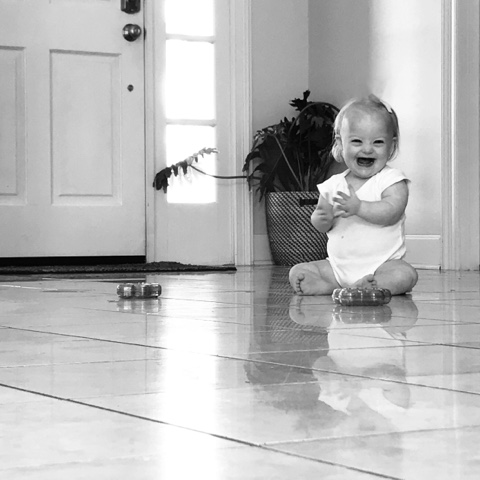 I've started this post so many times on the blogger app on my phone the past week, but apparently whoever the designer for that app is, hasn't updated it in forever... and it crashes all the time.

Anyhow....we are home. Too much to say, too little time, because in 36 hours Sam and Miss Bunny and I leave for the place I've been dreaming of going to for at least 30 years. At one point in our ten day hospital stay with Madison, the doctors were telling us there was a chance we wouldn't be able to go on our anniversary trip because of how poorly Madison was doing. Mannnnnny tears and prayers brought us to the video I'm about to post. I wish I had time to journal all that transpired in our hospital stay, but I will have to save that for another time. At the moment I am packing like a mad woman, and I can't wait to share pictures from paradise in a few days !

So just quickly - this video was taken a week ago yesterday...we had been praying like crazy that Madison would be well enough to be discharged by May 5th, which was Noah's 13th birthday. We told him the day before that it looked like we might be in the hospital just a few more days. He was still sleeping when we arrived at the Rice Ranch the morning of his birthday, donuts in tow. We always wake the birthday boy or girl up with donuts and singing on their birthday morning ...It's hard to describe the joy we all felt at being reunited with our children in time to celebrate and keep this family tradition - hopefully this video collage captures a little bit of that happiness :) 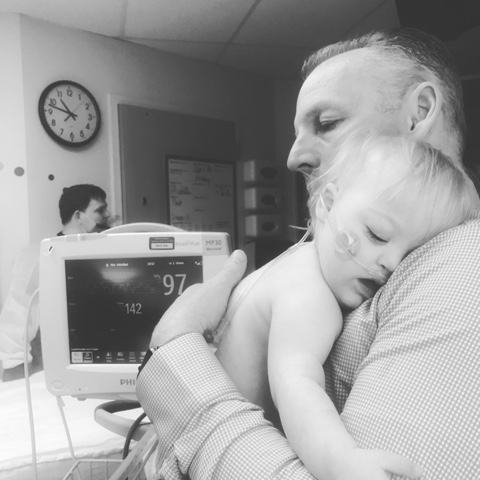 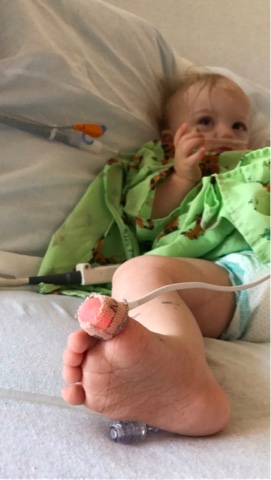 Typing quickly from my phone because the blogger app keeps crashing - please pray for Madison. We've been in the hospital since last Tuesday (nine days ago) for her second bout of pneumonia and a virus called human metapneumovirus, which her doctors say is similar to RSV but takes much longer to recover from. Because she just had pneumonia three weeks ago, her lungs have been compromised and she hasn't been able to hold her own oxygen. At one point she was on 6 liters of high flow oxygen at 50%, and she has now been weaned down to 3 liters at 25% oxygen. We are PRAYING she can be weaned off today - I am missing our children so much and just want us to be home. 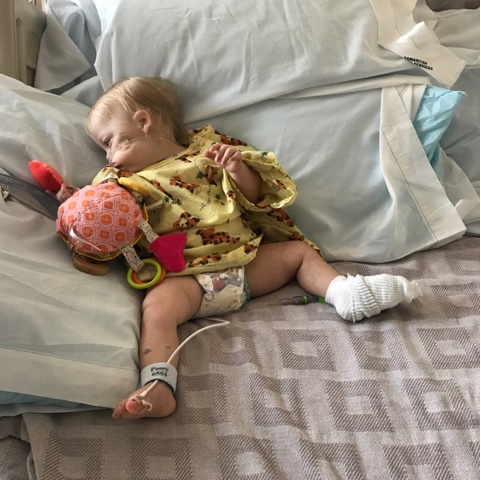 Thank you ahead of time for praying!
Posted by Patti at 8:23 AM 9 comments: